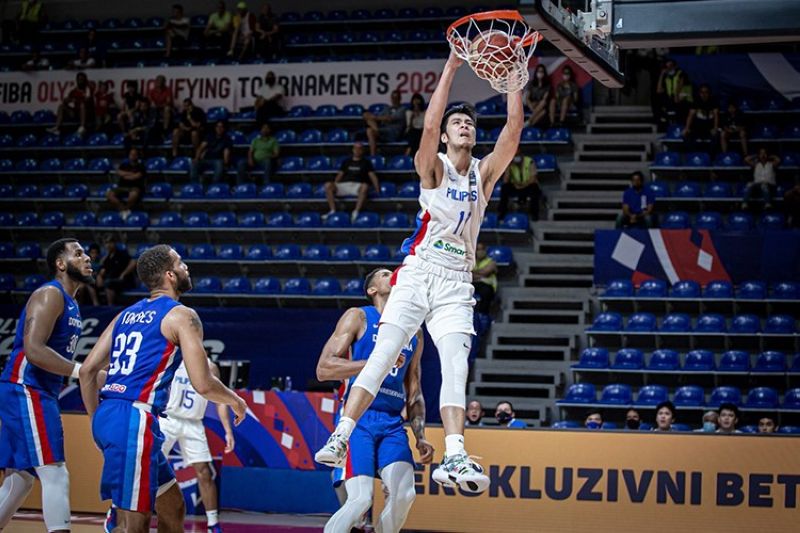 Kai Sotto is expected to play for the Gilas Pilipinas in the FIBA Asia Cup next month. (FIBA)

With their stint in the FIBA Olympic Qualifying Tournament done, the Gilas Pilipinas men’s basketball team will now shift their focus to the main tournament of the FIBA Asia Cup slated on August 17 to 29 in Jakarta, Indonesia.

Plans are already in place for the Gilas to go through another bubble camp at the Inspire Sports Academy in Calamba, Laguna in two weeks time. Who will be available for the Gilas, though, remains to be seen as Gilas head coach Tab Baldwin says discussions stills have to be made between the Samahang Basketbol ng Pilipinas (SBP) and different basketball stakeholders.

“We haven’t discussed that yet with the players or the other basketball stakeholders at this point,” said Baldwin.

Aside from the team that competed in Serbia, also set to return to the training pool are former two-time CESAFI MVP Rey Suerte, Matt Nieto, Dave Ildefonso, Allyn Bulanadi, all of whom got injured in the build up towards the FIBA Asia Cup qualifiers.

However, it remains unclear if the UAAP standouts on the Gilas such as Carl Tamayo, RJ Abarrientos and Justine Baltazar will be recalled by their school teams. What’s clear, though, is Baldwin needs clarity on the situation as soon as possible.

“Everyone understands what we are talking about with regards to the collegiate teams and the PBA teams who have our draftees,” said Baldwin. “This is obviously a question that should be directed to the SBP because there will be answers needed to that and relatively soon.” (JNP)