P1B worth of smuggled goods seized in Clark 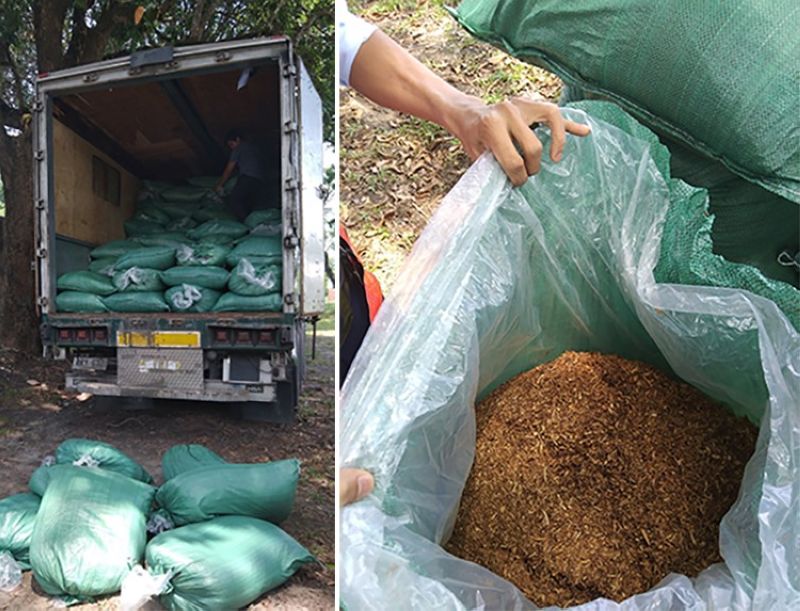 SEIZED IN CLARK. The truck-van used to ship the smuggled tobacco materials along with the 300 sacks of raw tobacco leaves was seized by the Clark Development Corporation’s Security Services Group (CDC-SSG). CDC-SSG Vice President Police Brigadier General Sheldon Jacaban (Ret) has been active in leading and overseeing operations to secure this Freeport. (CDC-SSG)

AN ESTIMATED P1 billion worth of raw tobacco materials and other items were seized in Clark Freeport following an operation led by Clark Development Corporation (CDC) Security Services Group (SSG).

The vehicle, driven by Efren Taconto, was apprehended by CDC Public Safety Department (PSD) officers as it allegedly tried to ship out illegal and counterfeit tobacco products without shipping documents.

A certain Jaime Go, also known as Jaime Tiu, is allegedly the operations manager of the group identified by the Philippine National Police (PNP) unit as “Wendel Criminal group,” which is engaged in several illegal activities.

The alleged activities include the distribution of counterfeit and smuggled cigarettes, as well as shipping of raw materials used in making cigarettes worth millions of pesos.

Go or Tiu is said to be maintaining a warehouse at Golden Leaf Antiques and Prudence Development and Management Corporation in Clark Freeport.

Meanwhile, others involved in the big time operation are already in custody and will face charges for the violation of National Internal Revenue Code of 1997.

Under this law, internal revenue officers shall have authority to make arrests and seizures for the violation of any penal law, rule or regulation administered by the BIR. Any person so arrested shall be forthwith brought before a court, there to be dealt with according to law.

They will also face other penalties and sanctions for violating Republic Act 8293 also known as the Intellectual Property Code of the Philippines.

According to CDC Vice President for Security Services Group (SSG) Police Brigadier General Sheldon Jacaban (Ret), all contents were seized and complaints were already filed by the Criminal Investigation and Detection Group (CIDG) Pampanga against the suspects.

The investigation report also revealed that four companions of Taconto were also involved in the said scheme.

Two of the drivers, namely, Sammy Molina and Rechie Aminion, are residents of Mabalacat City, while the two others Ryan Tilanduca and Danny Martizano are from Quezon City and Valenzuela City, respectively.

An estimated tax amounting to P220 million should have been paid to the government. (PR)