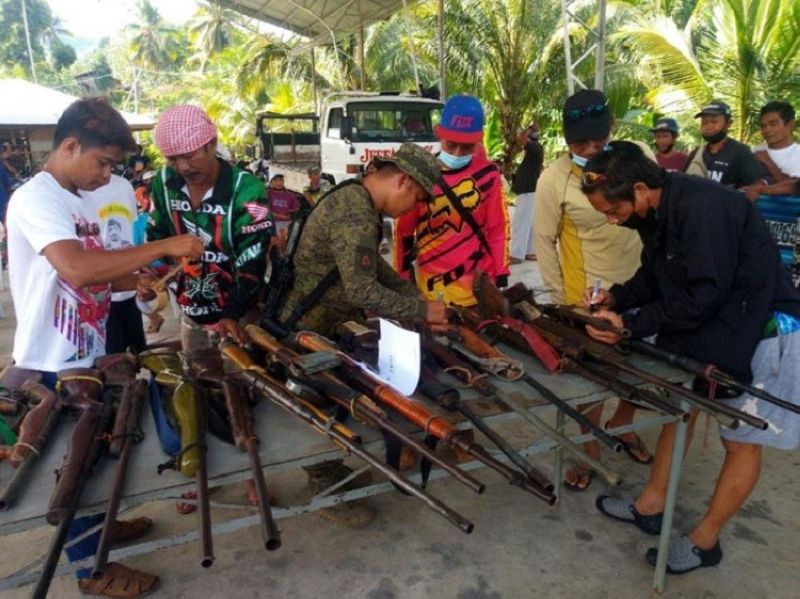 “Our troops are currently conducting dialogue with the villagers so that they will not anymore be deceived,” Gubat said.

The confiscated firearms were brought to 38IB headquarters in Kamanga village, Maasim, Sarangani province for safekeeping.

“Our aggressive drive against terrorism and lawlessness continues. This proactive measure is done to preempt the terror plots and criminal activities of the malefactors,” said Major General Juvymax Uy, Joint Task Force-Central commander.

“As we sustain the momentum, we urge the peace-loving people Mindanao to take steps and support us in our journey towards the attainment of lasting peace and sustainable development in the region,” Vinluan added. (SunStar Zamboanga)