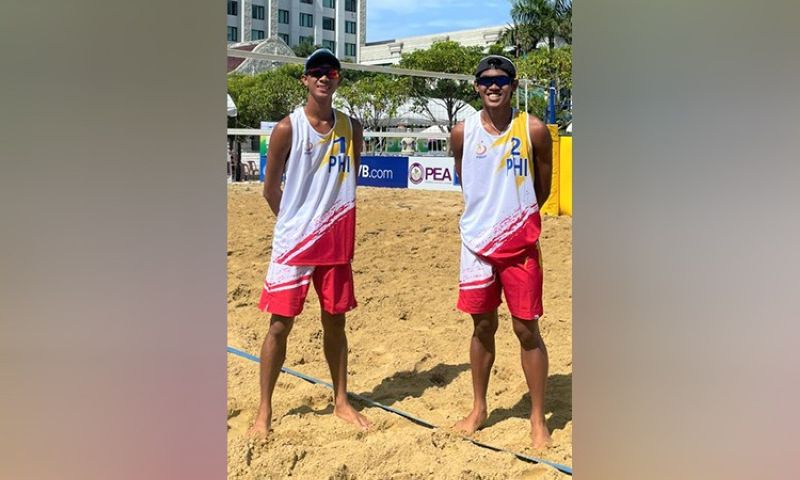 The Philippines was drawn in Pool A with top seed Thailand-1 and No. 9 Iran-2 while defending champion Indonesia was seeded fifth in Pool D alongside Kazakhstan, Lebanon-2 and Thailand-3. On the other hand, second seed Australia, Lebanon-1 and Thailand are in Pool B as third seed Iran-1 is in Pool C with Qatar and Kazahkstan-2.

The four-day tournament serves as a qualifier for the International Volleyball Federation U19 Beach Volleyball World Championships.

Philippine National Volleyball Federation (PNVF) President Ramon "Tats" Suzara in a message to PNVF Board Member Carmela Gamboa wished De la Noche and Iraya the best of luck in this tournament. "Tell the boys no pressure and avoid dehydration and nervousness. Enjoy the games, nothing to lose."

Gamboa, who is accompanying De la Noche and Iraya in Thailand, described that the Negrense players had ample time to prepare while in here Negros. “They are ready. But, then here are the best of the best so, it depends on how much they want it. Most of the teams here are experienced especially in the international arena while this will be the Philippines’ first time to send a team to the Asian Juniors Beach Volleyball Championships,” she said adding that PNVF wants to continue providing enough exposure to the junior squad.

Meanwhile, the PNVF thanked the Philippine Sports Commission and Rebisco for supporting the young squad’s campaign.