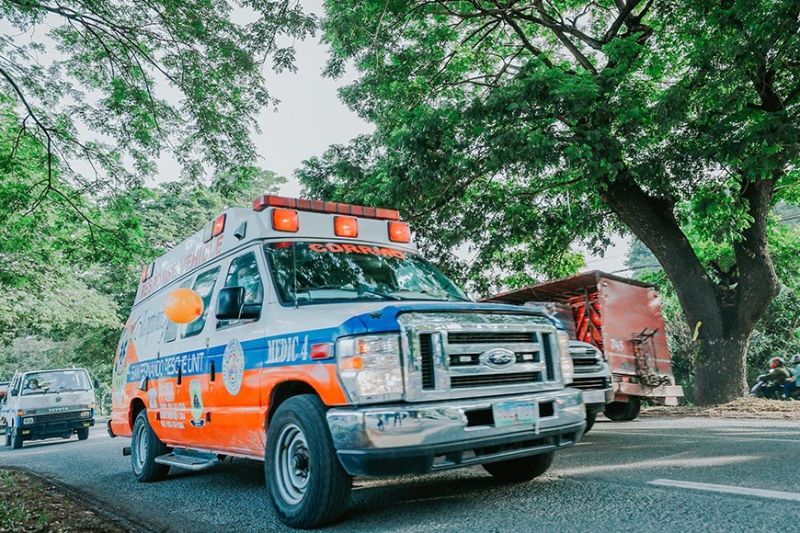 RESPONDERS TAKE THE ROAD. Response vehicles are on the move for any emergency or disaster-related incidents 24/7. (City of San Fernando Information Office)

THE Local Government of San Fernando, through its City Disaster Risk Reduction and Management Office, officially kicked off this year’s National Disaster Resilience Month through a motorcade and thanksgiving Mass.

CDRRMO, together with other stakeholders and response agencies including City Public Order and Coordinating Office, Bureau of Fire Protection, Philippine National Police, Office of the Civil Defense, Provincial DRRM Council, Health and Emergency Surveillance Unit, Barangay Rescue Units, and DX3 Cabalen, took the roads from SM Telabastagan to the downtown area and ended at Salilungan in Barangay San Juan.

On June 28, 2017, President Rodrigo Duterte signed Executive Order No. 29, mandating the observance of The National Disaster Resilience Month (NDRM) "throughout the country through the conduct of activities relative to building of disaster resilience covering the four thematic areas: prevention and mitigation, preparedness, response and rehabilitation and recovery."

Del Rosario also stressed the support they are receiving from the local government under the able leadership of Mayor Edwin “EdSa” Santiago.

For this year, the local government lined up several activities to promote disaster preparedness and mitigation as part of its continuing campaign towards building disaster-resilient communities.

The events start with a Water Safety Training for Responders and Pre-registration for Sining Kahandaan 2021 on July 09.

These will be followed by Sining Kahandaan: Essay Writing & Poster Making Contest (Submission of entries) on July 16.

Meanwhile, from July 21 to 23, a Rope Manship Rescue Training for Responders will take place.

The NDRM: Sining Kahandaan Judging and Awarding of Winners will be conducted on July 29 and July 30, respectively. (PR)