PH U19 losses debut vs. Thai in AVC 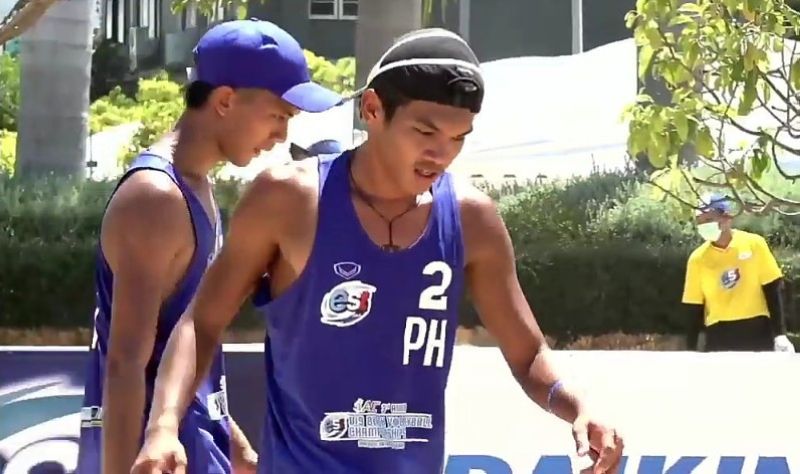 THE Philippine team fell short in its debut against host Thailand-1, 2-0, over the weekend for the 3rd Asian U19 Beach Volleyball Championships in Nakhon Pathom, Thailand.

Victorias City-hailed standouts Jayrack de la Noche and Alexander Iraya had a slow start in the first set but able to pick up their momentum to keep the host close.

The Negrense duo had their chances to take the lead, 14-13, and further controlled the game before Thailand retook the upper hand, 18-16. The Filipino spikers kept the match as close as 18-19, however, the more experienced Thai team succeeded the initial set, 21-18.

In the second set, Thailand had an aggressive start, but the Philippine team tried to keep the game close, 10-11, before the host extended their lead, 12-16, and pulled away for a 15-21 victory.

For Philippine National Volleyball Federation (PNVF) director Carmela Arcolas-Gamboa, it was a good show for the Philippines since it played against Thailand’s top seed.

“We are No.8 in seeding and as first-timers in the international tournament as well as the first time for the Philippines to send a team in AVC, they did pretty well. We have some adjustments to work on for our next game against Iran-2,” she said.

“PNVF wants these boys to gain experience in the international field as it vows to continue its support in the grassroots and youth level of volleyball,” Gamboa added.

When asked for the possible adjustments they need for their next game, Gamboa stressed that the team needs to work harder in the defense department.

“We have to avoid unforced errors and put more power in their services. And, also they need to give their all if they want to advance to quarterfinals,” she added.

The Philippine team’s campaign in AVC is bankrolled by Philippine Sports Commission and Rebisco.