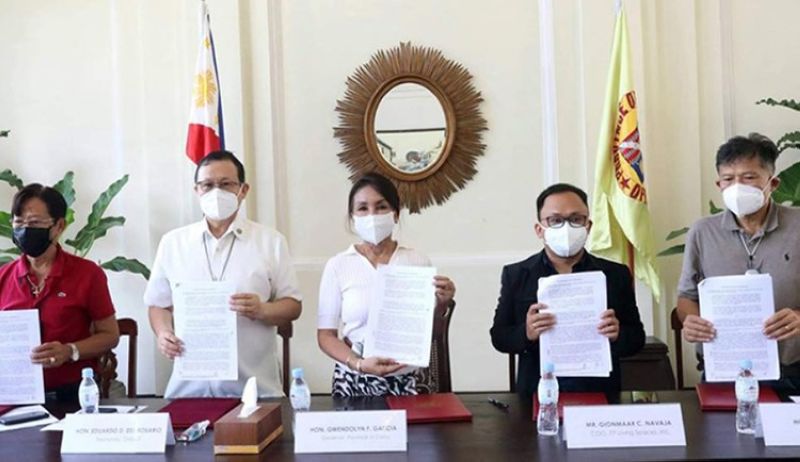 THE Cebu Provincial Government signed on June 18, 2021 a memorandum of agreement (MOA) with the Department of Human Settlement and Urban Development (DHSUD) and a private contractor, signaling the start of Capitol’s socialized housing project for government employees.

Dubbed the “Tunghaan Minglanilla Subdivision Project,” the socialized housing project will have three phases and will be built on a lot area of 73,995 square meters owned by Cebu Province in Brgy. Tunghaan, Minglanilla town.

Intended beneficiaries are 902 employees and teachers of the Cebu Provincial Government and the Municipality of Minglanilla.

Under the MOA, the Capitol will identify the project’s beneficiaries and submit the list to DHSUD, the central housing authority of the country that absorbed the functions and duties of the Housing and Urban Development Coordinating Council and the Housing and Land Use Regulatory Board.

The developer, 77 Living Spaces, will finance the development of the project following approved detailed costing.

Cebu Gov. Gwendolyn Garcia said the project has a “long and storied journey” since it was conceived during her first stint as governor from 2004 to 2007.

“There is always a time for everything. We may not have made it in my first three terms, but certainly now that God has put together the right people at the right time for the right reasons, let’s not wait until I finish my next three terms,” she said.

During the MOA signing, DHSUD Secretary Eduardo del Rosario assured the governor that the project will be completed following the standards of the National Government. (PR, NRC)