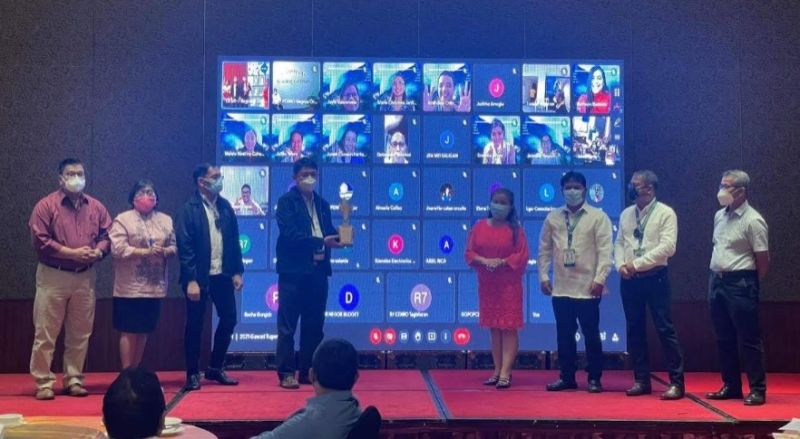 GEOTHERMAL leader Energy Development Corporation's (EDC) Southern Negros Geothermal Project has once again been bestowed the Gawad Tugas award, this time for the Clean Air and Water-Power plant category, from the Department of Environment and Natural Resources (DENR).

The award was given to EDC Southern Negros geothermal project for going beyond compliance through its exemplary performance in environmental protection, conservation, and management.

Now on its 6th year, the prestigious Gawad Tugas award is conferred to local government units, public and private organizations that have innovated and demonstrated ingenuity and significant milestones in protecting the environment.

“We have to harness the so-called collaboration of one another for a better tomorrow. I would like to request our dear friends from the LGUs (local government units) and various companies to be a positive influence for the environment in your areas of responsibility. You should not only be working for profit and for people but also for the environment,” said former DENR Assistant Secretary Renato Rueda in his inspirational message at the awarding ceremony held at the Marco Plaza Hotel in Cebu City on June 30.

EDC was able to share with the screening committee how it strives to elevate not only the environment but even its stakeholders, including its employees, customers, communities, suppliers and contractors, and investors as they forge collaborative pathways for a decarbonized and regenerative future, which is the company’s revitalized mission.

“We thank the DENR Region 7 for recognizing our efforts to not just go beyond compliance but to even go beyond sustainability by being regenerative as we strive to provide Negros Oriental and the rest of the region with a stable source of clean, renewable power through Geo 24/7,” said Engr. Debonaire Mamhot, head of EDC’s Southern Negros Geothermal Facility.

Geo 24/7 is the company’s brand of geothermal energy that provides reliable baseload power day or night, rain or shine as it maintains lush forests with the help of its partner communities.

The forest stands that EDC has under its care across the country absorbs over 1.7 million tonnes of carbon dioxide equivalent (tCO2e) each year, allowing it to be carbon negative, with its entire operation emitting only a little over 966,000 tCO2e.

To date, EDC has already planted over 6.5 million native tree seedlings with the help of its 192 partners from 16 regions all over the country under its Binhi greening legacy program. More than 2.5 million of these were planted on over 3,000 hectares in Negros Island with the help of EDC's over 30 local partners.

EDC likewise elevates its customers in Negros Island and all over the country by helping them lower their carbon footprint and even become carbon neutral not only through the clean, reliable, geothermal power or Geo 24/7 that it provides them but also through its Binhi partnership that enables them to also plant, grow, and nurture Philippine native trees for their own carbon offset.

Knowles Electronics Philippines Corporation, one of EDC’s Cebu-based customers, also won a Gawad Tugas for the Clean Air and Water-Manufacturing category for its own decarbonization and sustainability programs that include getting 100 percent of its power from renewables.

In total, EDC generates over 40 percent of the Philippines’ renewable energy output and serves about 10 percent of the country’s overall electricity demand with its installed capacity of almost 1,500MW. The company has been powering Negros Island for almost 40 years with geothermal energy from its 222.5MW facility in its Southern Negros. (PR)