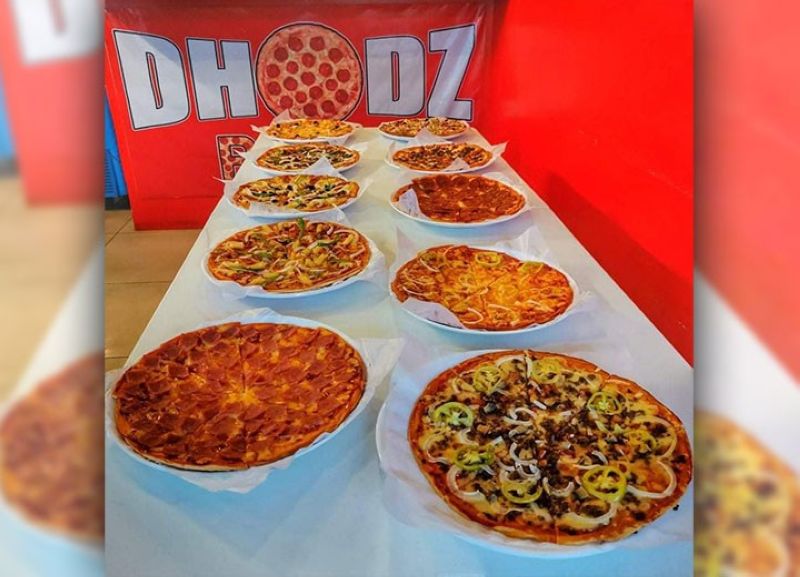 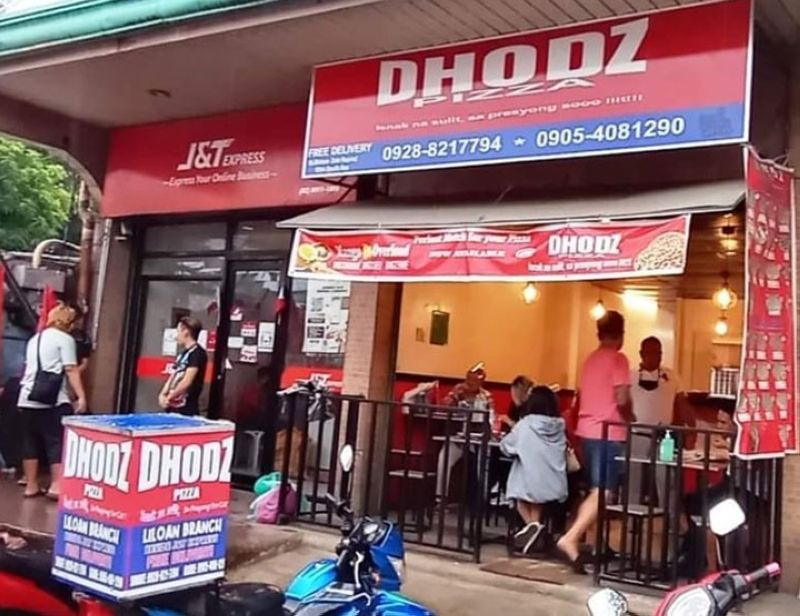 Dhodz Pizza offers affordable and tasty pizzas which are available in-store or through delivery. 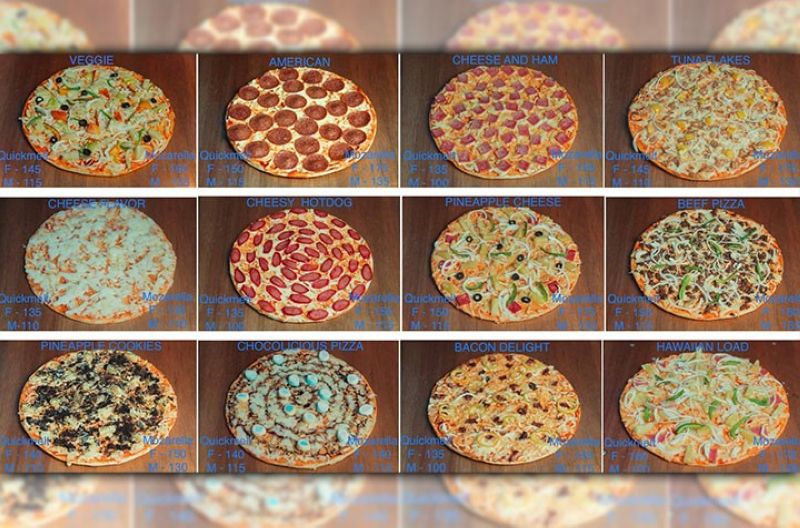 Dhodz pizza has 17 different flavors to choose from, and quick-melt and mozzarella options for the cheese. 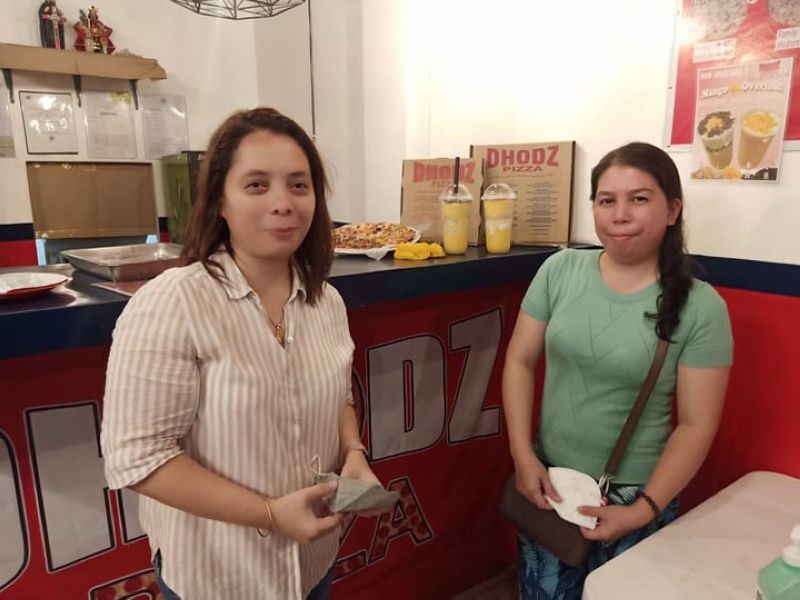 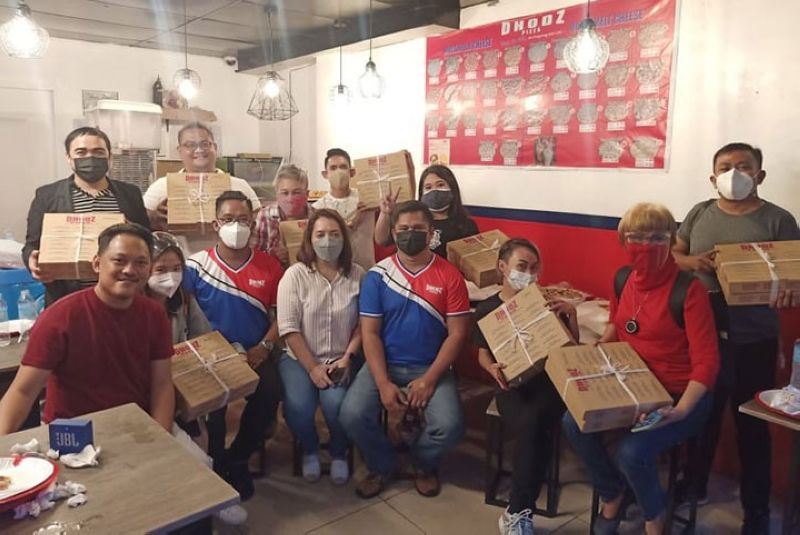 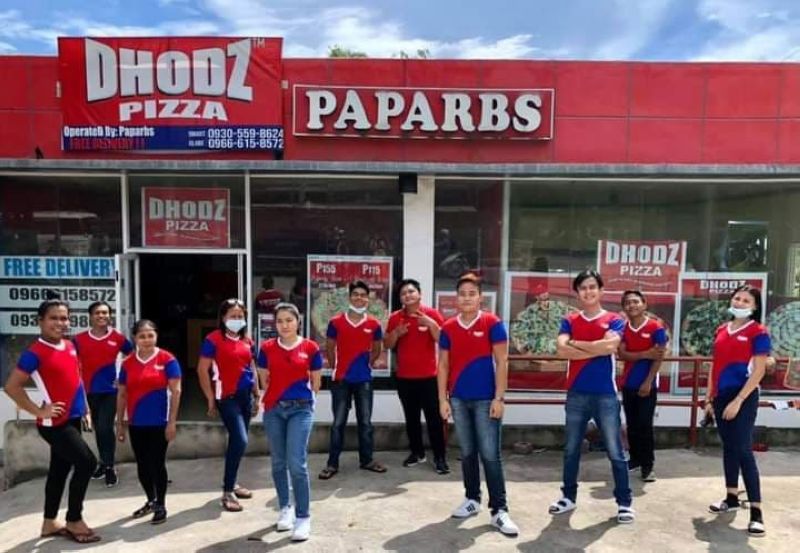 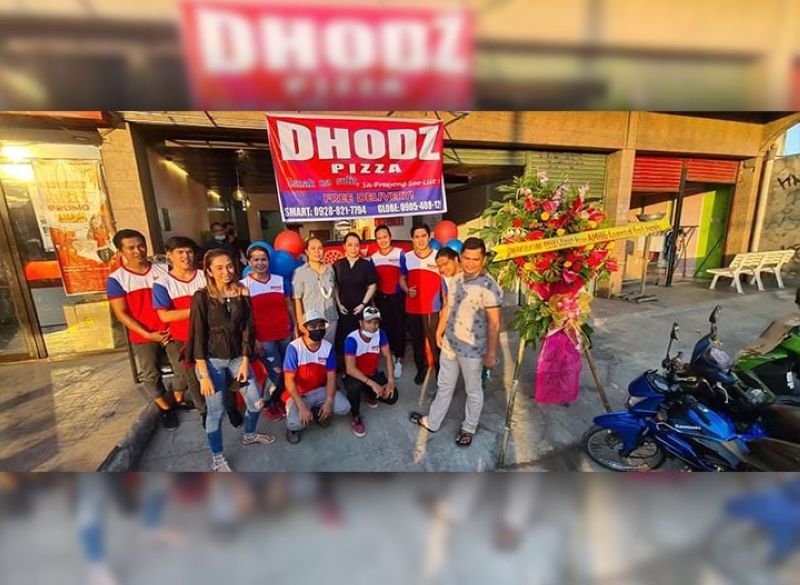 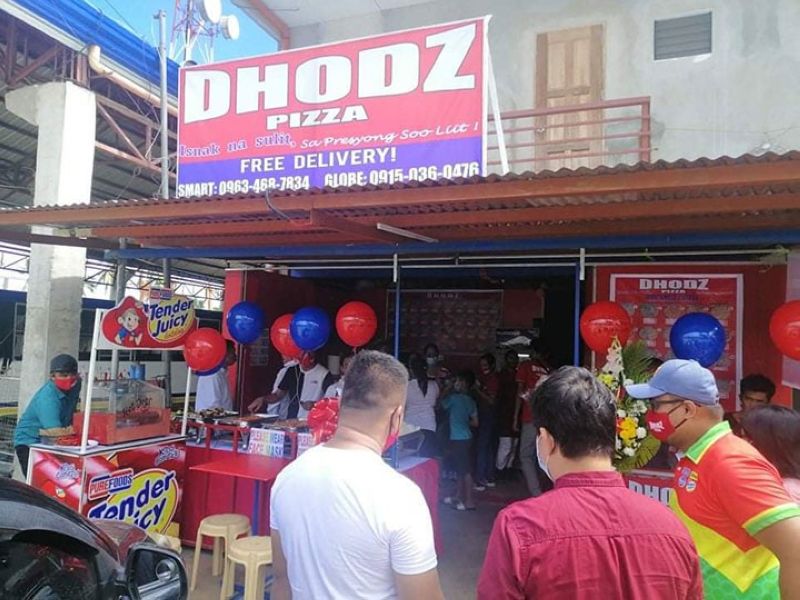 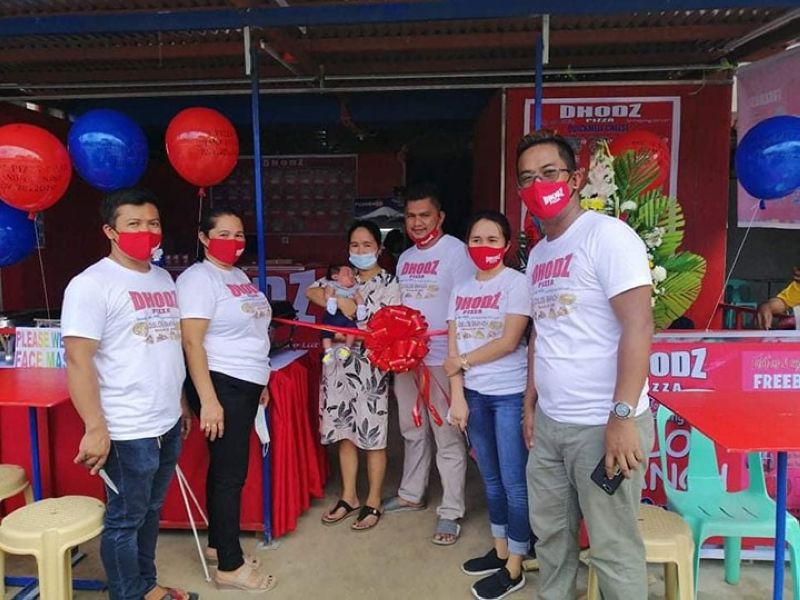 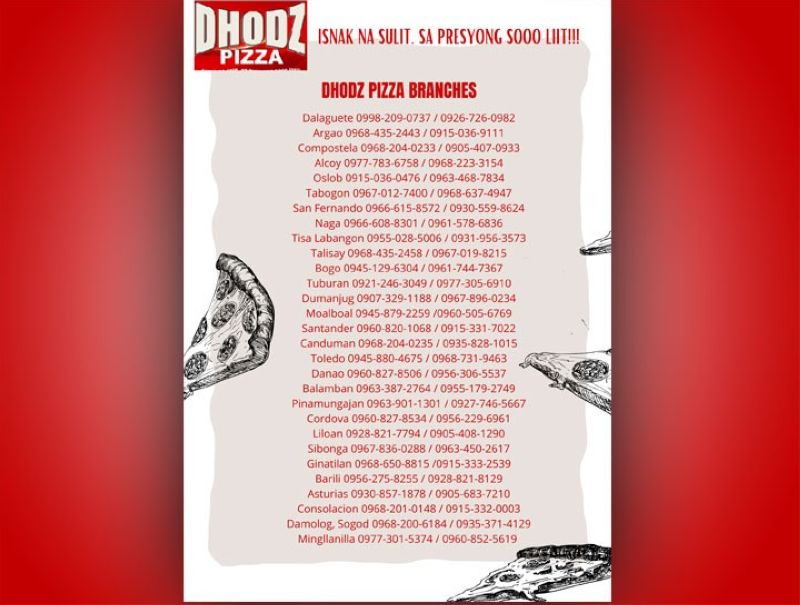 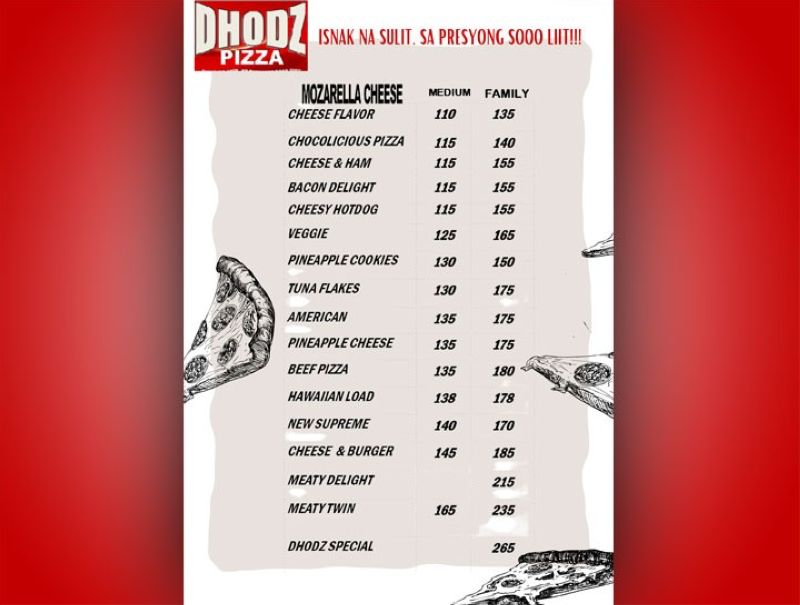 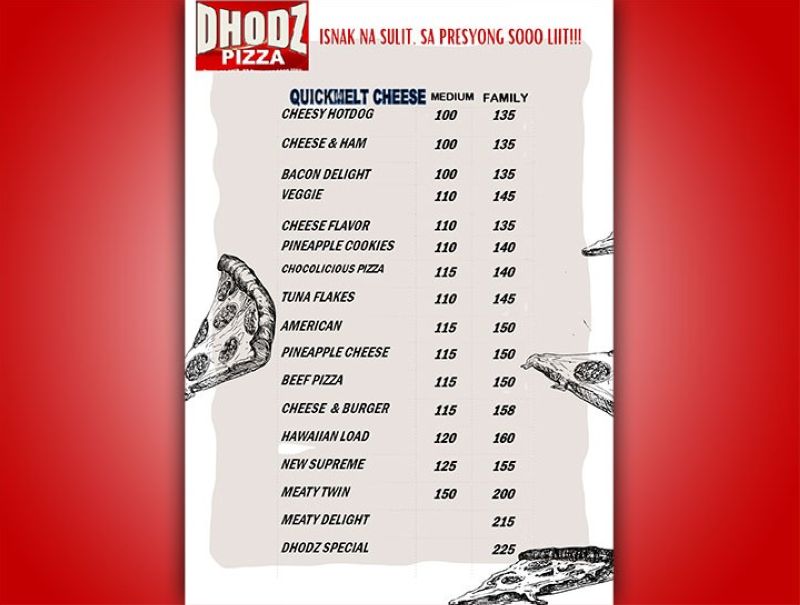 Dhodz Pizza is now a favorite among residents in Dalaguete and other towns in southern Cebu.

The owner, Benigno Niones, says their pizza products have attracted many customers because of their quality, as compared to other local pizza brands.

Niones explained that he was once an employee but has now become an entrepreneur creating jobs for others.

He had worked for a popular pizza company in Davao de Oro for 11 years until he decided to open his own pizza business.

“I started working as a marketing officer, strategist, manager and as the owner’s right-hand man. Somebody encouraged me to open my own pizza business,” Niones said.

Niones decided to strike out on his own and put up his own pizza outlet in Davao de Oro in 2019. Then he decided to open Dhodz Pizza in Dalaguete, Cebu. While many businesses were affected when the pandemic occurred, Dhodz Pizza was doing well.

With the lockdown implemented in 2020, Dhodz’s delicious but affordable pizza products have gained a following even during the pandemic.

“We do not scrimp on the toppings. It’s value for money,” Niones stressed. On top of this, one’s order is freshly made.

A customer can also choose from 17 different flavors, from the classic cheese to the Dhodz Special, an overload version. For those who love the Hawaiian flavor, there’s the Hawaiian Load and the Meaty Flavor for those who prefer to have a lot of meat on their pizza.

Dhodz’s pizzas are available in two sizes: the 10-inch medium size and the 12-inch family size.

One can also choose between quick-melt cheese and mozzarella which is priced a bit higher.

Aside from having value-for-money pizza, Dhodz also delivers its products for free within their service areas.

Dhodz Pizza has become a favorite among local residents in Dalaguete and even passersby. Among those who have tasted the pizza is Farvic Dayao, who had been considering going into business himself.

Dayao approached Niones to convince him to allow him to franchise the pizza brand so he could open an outlet in San Fernando.

Another investor, Joseph Besin, has also put up a Dhodz Pizza outlet in Toledo City.

Dhodz Pizza now has 29 outlets, eight of which are company-owned. The other company-owned outlets are located in Oslob, Alcoy, Argao, Toledo, Barili, Bogo and Ginatilan.

According to Dayao, he has no regrets in operating a Dhodz Pizza franchise. Although there is an existing local pizzeria in their town, San Fernando residents took a quick liking to their pizza products, he added.

Dayao also noted that in their own way they have helped create jobs in the community at a time when many have lost their jobs due to the pandemic.

Another franchisee, Joseph Besin, echoed this, saying that opening the outlet in Toledo City also helped in providing employment.

He also expressed satisfaction over owning the franchise in Toledo. He noted that despite the pandemic, their outlet is doing okay.

The Dhodz Pizza main outlet in Dalaguete, where the commissary is located, has 27 employees, Niones revealed. Other outlets can generate seven to eight employees.

For an affordable and tasty meall one can try Dhodz Pizza, which is available in-store or through delivery. SPONSORED CONTENT