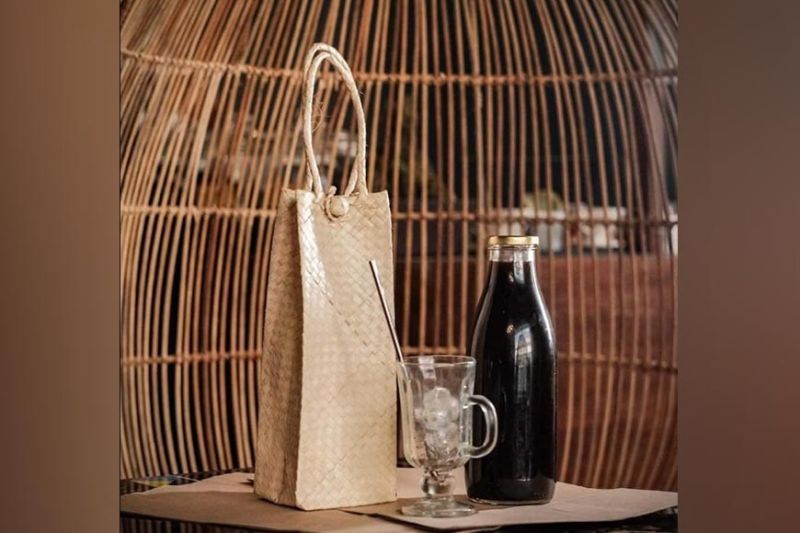 IN CELEBRATION of Plastic Free July, a global movement that helps millions of people be part of the solution to plastic pollution, 11 business establishments in the cities of Bacolod and Talisay in Negros Occidental will pioneer innovations to reduce single-use plastics from their operations.

These innovations include elimination of disposables and the promotion of zero-waste and circular business models and systems for refilling, reusable containers, deposit-return schemes and native packaging.

The 11 business owners who took on this challenge all come from the micro, small, and medium enterprises (MSME) category, an important sector to tap for reducing plastic waste at source and for educating consumers and other businesses about how we can prevent more litter from ending up in landfills and oceans.

Supporting these initiatives is local NGO Phlippine Reef and Rainforest Conservation Foundation Inc. (PRRCFI) through the “Wala Usik Economy” pilot under the banner of the “Rethinking Plastics - Circular Economy Solutions to Marine Litter” project, co-funded by the European Union and the German Federal Government.

The pilot aims to localize and make mainstream the principles of circular economy, sustainable consumption and production.

"Wala Usik" is a native phrase that means "nothing is wasted."

A total of 113 applicants ranging from sari-sari stores, carinderias, cafes, restaurants, and market vendors across Bacolod and Talisay showed interest in piloting innovations to reduce waste, with the financial and technical assistance from the project enabling the transition to plastic-free MSMEs.

After a thorough screening process, 11 businesses were selected to be "Wala Usik" pioneers.

They underwent workshops to design and prototype their plastic-free innovations with social marketing and business development support from the project and its partners from the local government units (LGUs) of Bacolod and Talisay, Provincial Environment Management Office-Negros Occidental, Department of Environment and Natural Resources Office-Provincial Environment Natural Resources Office, Department of Trade and Industry and other non-government organizations (NGOs), namely, the Sowing Legacy Movement, Negros Women for Tomorrow Foundation and Association of Negros Producers.

Zenia Carinderia, Thirdwave Restaurant and KapiPat Café were the first three MSMEs to launch their Wala Usik innovations over the weekend.

They were joined by representatives from their community of customers, local government, and partners of the Wala Usik Economy.

She will also replace single-use plastics with reusables for dine-in orders.

Thirdwave Restaurant at The Shophouse Heritage in Barangay Villamonte, Bacolod City will also adopt the subscription model for home-cooked meals they will offer on top of their regular menu.

They will further implement a rental system for coffee brewing kits to reduce disposables, and a bottle exchange for cold brew coffee.

Customers will get a discount when they return the reusable bottle after their first purchase.

The pilot will run for six months, allotting a total budget of P1 million to deploy circular economy innovations among these Wala Usik pioneers, studying the scalability, replicability and customer acceptability of these initiatives to sustain plastic waste reduction beyond the project.

The "Rethinking Plastics Circular Economy Solutions to Marine Litter" project supports a transition towards a circular economy for plastics in seven countries in East and South East Asia to contribute to a significant reduction of marine litter.

The project works, amongst others, in the areas of plastic waste management, sustainable consumption and production of plastics as well as the reduction of litter from sea- based sources to reduce plastic waste and its leakage into the sea.

It is co-funded by the European Union and the German Federal Ministry for Economic Cooperation and Development (BMZ), and implemented by GIZ and Expertise France in China, Indonesia, Japan, Philippines, Singapore, Thailand and Vietnam. (Erwin P. Nicavera/PR)