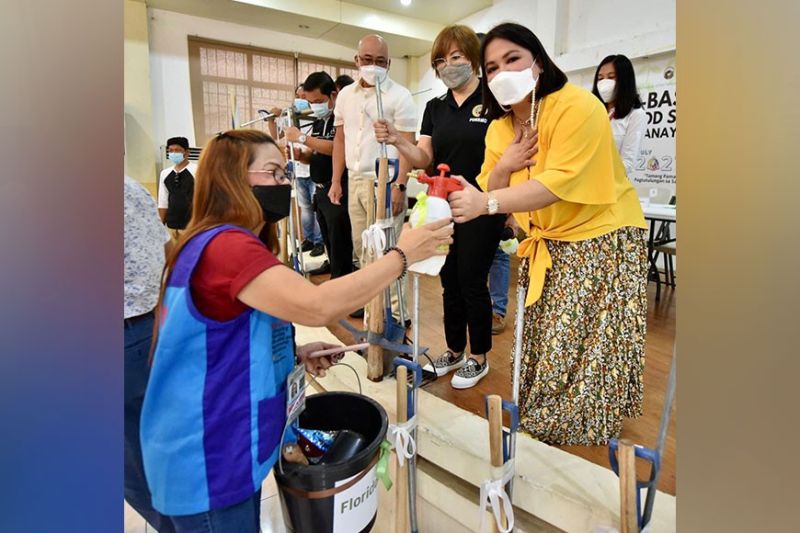 THE Provincial Government joined the nation in commemorating the 2021 National Disaster Resilience Month on Monday, July 5, highlighting the importance of focusing on home-based livelihood programs, particularly in the women's sector, to improve the province's food security and alleviate unemployment among its residents.

Governor Dennis Pineda said the province has been constantly making initiatives and finding ways to address the needs of Kapampangans since the National Government declared an emergency health crisis in early 2020.

One of those severely impacted by the continuing health crisis, according to him, is the province's food security as a result of insufficient food supply and job loss.

The governor said the program is based on the Department of Agriculture's (DA) "Plant, Plant, Plant Program" or "Ahon Lahat, Pagkain Sapat (Alpas) Laban sa Covid-19 Program," which was outlined using the "whole of nation" approach in order to raise the country's food adequacy level.

According to Angelina Blanco, head of the Provincial Disaster Risk Reduction and Management Office (PDRRMO), the initiative involves the province's 8,597 Nanay Community Workers (NCWs), who will help Kapampangan households find alternative sources of food and livelihood.

Of which are backyard or container gardening, planting, harvesting and food marketing.

Blanco said the province has outlined different steps for the NCWs to follow in order to realize the program.

According to her, progress reports will be submitted by the NCWs monthly and crops will be harvested for household consumption, market selling, or will be given as donations. (PR)