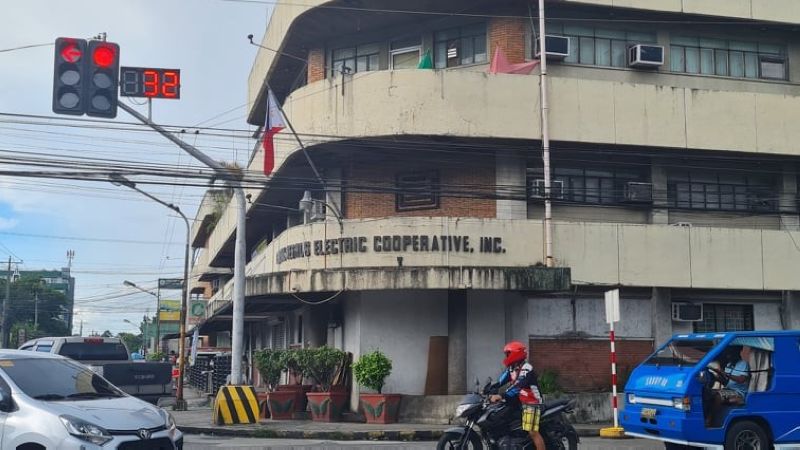 These charges included grave misconduct, gross neglect, dishonesty, gross insubordination, conduct prejudicial to the interest of the electric cooperative and its member-consumers, and willful violation/non-compliance to NEA issuance, memoranda and other rules and regulations.

Sancho, who is also an observer of the Third Party Bids and Awards Committee (TPBAC), said the offenses are found under Rule VII or the Offenses and Penalties of the Revised NEA Administrative Rules and Procedures of 2013.

The complainant, in his affidavit, said on April 10, 2021, two days before the date of the scheduled bid opening, TPBAC chairman Engineer Norman Pollentes received a letter from the six Ceneco directors seeking postponement of the opening of bids as scheduled.

Subsequently, another letter from Pondevilla was issued ordering the suspension of the bid opening due to certain concerns of the Board, it stated.

On April 12, however, the TPBAC proceeded with the conduct and opening of bids pursuant to TPBAC Bid Bulletin No. 4 and prepared the resolution "recommending the Power Supplier Bid Offer as the Lowest Calculated and Most Responsive Bid for the Procurement of Ceneco's 20-megawatt (MW) Baseload Requirement for 2021 to 2031."

Instead, respondents, as majority members of Ceneco Board, passed and approved a different resolution approving the one-year extension of the existing power sales contract with KSPC," it added.

Pondevilla earlier confirmed to SunStar Bacolod that the power distribution utility accepted the earlier offer of KSPC for a one-year extension of their power contract ending May 2021.

Raising concerns on alleged overpricing, consumer group Power Watch Negros had questioned the cost of over P5 per kWh contracted by Ceneco with KSPC.

The lowest calculated bid of P3.29 per kWh is also from the same power supplier.

For the consumer group, it would translate to an additional cost of about P360 million, which will be shouldered by the member-consumers for one year.

Ceneco officials earlier argued that there was never an overpricing in the extended contract as all the rates are approved by the Energy Regulatory Commission (ERC).

Yap had explained that they opted to push through with the extended contract with KSPC because it will already expire pending the decision of the Department of Energy (DOE) on the query of another consumer group Konsyumer-Negros.

The Ceneco president pointed out that the cooperative cannot just rely on the Wholesale Electricity Spot Market (Wesm) as the cost of power there goes up and down.

Power Watch Negros, however, in its complaint, argued, saying that "the competitive selection process (CSP) compliance is mandatory pursuant to NEA Memorandum No. 2019007 dated January 28, 2019 or the Adoption of the Implementing Rules and Regulation (IRR) of the Policy in the Conduct of the Competitive Selection Process of the Electric Cooperative's Power Supply Agreement and DOE Department Circular No. 2018-02-003."

"This is to ensure transparency in the procurement of the power supply requirement of electric cooperative to draw the least cost of power supply which will redound to the benefits of member-consumers-owners. Thus, the independent TPBAC was established by Ceneco to spearhead and manage the CSP and recommend the same to the Board of Directors (BOD) for their confirmation," the affidavit said.

It can be recalled that the Electric Power Industry Management Bureau (EPIMB) of the DOE had already enjoined the BOD of Ceneco to conclude the CSP process for its 20 MW power supply requirement.

EPIMB Officer-In-Charge Mario Marasigan, in a letter to Ceneco Member-Consumer-Owner Federation Secretary Rodolfo Song dated July 2, 2021, said they likewise informed the Board that they cannot invoke the extension provision of the power supply agreement with KSPC to renew the same for another period of one year.

Marasigan cited the nullification of ERC Resolution No. 1 Series of 2016 based on the Supreme Court decision in the case of Alyansa Para sa Bagong Pilipinas Inc. versus ERC, et al.

Responding to this, Yap earlier told SunStar Bacolod that "we will be studying the opinion of the DOE as this will have a deeper implication to Ceneco's power supply."

Moreover, the complainant prayed that upon taking cognizance of the case, all respondents be preventively suspended while pending investigation.

It called on the NEA that for grave misconduct, gross neglect and dishonesty offenses, respondents shall be penalized for removal from office and perpetual disqualification for re-employment in any electric cooperative.

For gross insubordination, conduct prejudicial to the interest of the electric cooperative and its member-consumers, and willful violation / non-compliance to NEA issuance, memoranda and other rules and regulations, the complainant prayed for suspension from office of 31 to 90 days for each of the offenses.

"Finding all the seven respondents to be solidarily liable and pay a fine in the amount equivalent to the price difference of P2.13 per kWh or P31.098 million per month for one year from the date of approval and effectivity of the contract extension unlawfully approved by the respondents," it further prayed.

For their part, Yap said they have already discussed the case with their lawyers.

"As per advice, we will wait for the order or comment of NEA then make a reply," she added.

Pondevilla said "the case is a welcome move. At least, we can answer it in a proper forum.