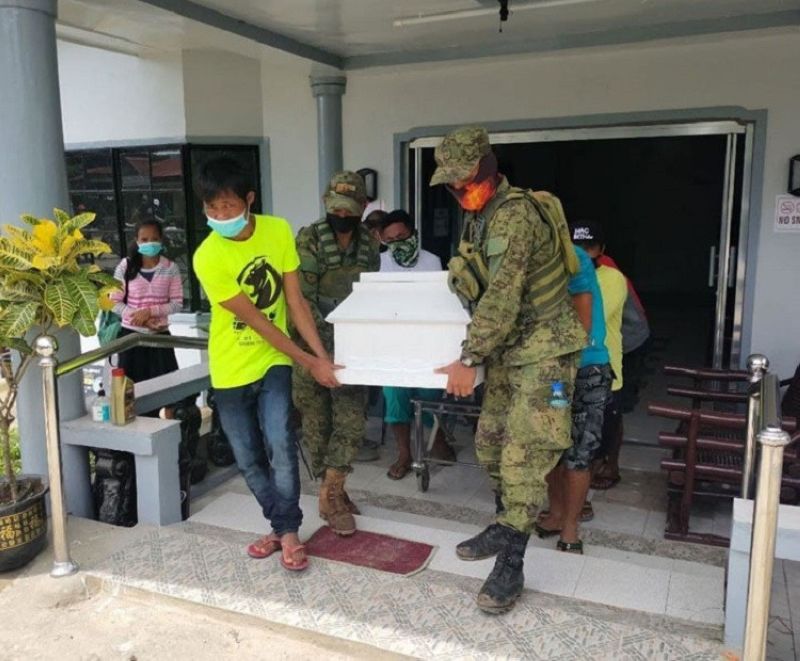 THE Municipal Task Force to End Local Communist Armed Conflict (MTF-Elcac) of Dumingag, Zamboanga del Sur, through its counterinsurgency plan “Oplan Amuma” and the Philippine Army, facilitated the transport of the remains of a communist New People’s Army (NPA) terrorist to her home.

The cadaver of the slain NPA rebel identified only as a certain Ka An-an, was transported from Funeraria Celerian in San Pablo village, Dumingag, where it was embalmed, to her home in Saad village in the same town.

Troops of the Army's 102nd Infantry Brigade retrieved the cadaver of An-an that was abandoned by her comrades following a clash with troops of the 97th Infantry Battalion (IB) in the after of July 4 in Sitio Pinis in Kauswagan village, Sergio Osmeña, Zamboanga del Norte.

Troops of the 53IB provided area security and extended transportation assistance to the family of An-an.

“We express our heartfelt sympathies to the family of An-an. However, the Army will not stop doing its mandate of protecting the people,” Herrera said.

“We encourage members of Communist-Terrorist Groups (CTG) to surrender, return to the folds of law, and live their lives anew,” Herrera added.

Lieutenant Colonel Manaros Boransing, 97IB commander, said: “It has been over a week since we deployed our troops to track down the armed group in response to reports from concerned citizens of their presence and extortion activities in hinterland barangays of Sergio Osmeña,”

Boransing earlier said the clash ensued as the troops launched security patrol after they received a report from civilians that they saw NPA rebels in Kauswagan village, Sergio Osmeña.

The clash lasted for about 20 minutes that resulted in the death of An-an.

“We would like to extend our deepest sympathy to the family of alias An-an and we are saddened by the fact, that another victim of CTG deception lost her life for the futile cause of the decades-long insurgency, and worse, she was abandoned by her recruiters and comrades,” said Brigadier General Leonel Nicolas, 102nd Infantry Brigade commander. (SunStar Zamboanga)