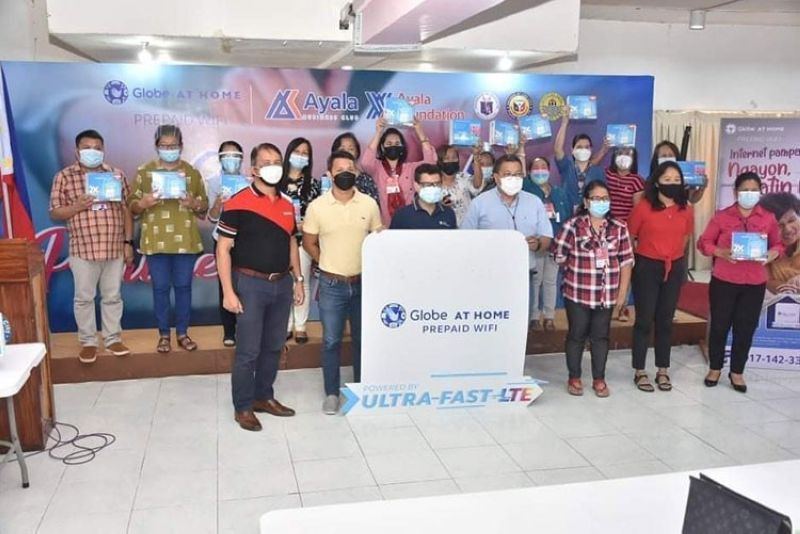 SUPPORT. The prepaid modems donated to public schools in Cebu City are meant to help schools, teachers and students to become more agile in the way they learn and teach under the new normal. (Ayala Foundation)

According to Dino Abellanosa, Sr. Manager Visayas Lead of Ayala Foundation, the turnover of the modems on Friday, July 9, 2021, was the single biggest donation in one division by far.

“This is under our Brigada ng Ayala program of the Ayala Group. The idea is to support schools to cope with the challenges of the new normal since most of the learning now happens online,” he said.

Abellanosa said it is their way of supporting the school, the teachers and the students to be more agile in the way they learn and teach using digital tools.

He said this would help teachers and students to become more creative and innovative in how they approach their roles under the new normal.

The routers will be stationed in hubs in the school such as in the library for the students to take advantage of.

He said it will be up to the Department of Education (DepEd) Cebu City Division to choose which public schools to be awarded the prepaid modems.

“It will be based on the needs, the infrastructure, so it will be really the DepEd Cebu City Division that will identify the recipient schools,” he said.

Abellanosa said the Ayala Group has already donated thousands of modems to schools across the country through Globe.

He said despite the challenges brought about by the Covid-19 pandemic, the Ayala Group continues to support the pillar of education in the country in a unified effort to support the DepEd’s Brigada Eskwela and Oplan Balik Eskwela programs.

In its website, Brigadang Ayala, spearheaded by Ayala Foundation and supported by the Ayala Group Human Resources Council and Ayala Community for Social Impact, is the group’s effort to rally its 50,000-plus-strong citizens to serve public schools through volunteerism activities.

“Brigadang Ayala is one of the expressions of the Ayala group’s continuing commitment to national development in the Philippines,” the Ayala Foundation said.

In the last five years alone, the Ayala group has invested over P500 million (US$10.3 million) in terms of support for the public education system, it added. (JOB)