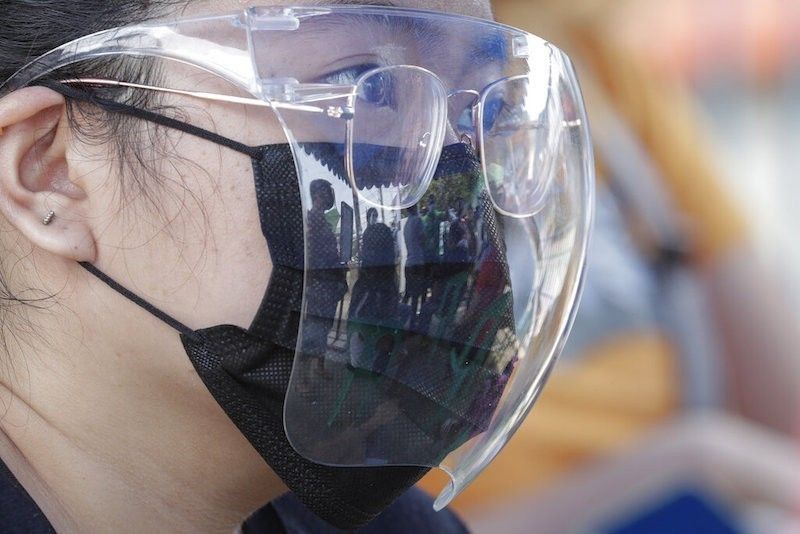 MANILA. In this photo taken in June 2021, a woman wearing a face shield and mask waits for her turn with others outside a temporary vaccination center at the Navotas Fish Port. (File)

NEW cases of coronavirus disease 2019 (Covid-19) on Tuesday, July 13, 2021, dropped to a new low in nearly two months as testing output sharply decreased with seven laboratories failing to report their data to the Covid-19 Document Repository System over the weekend.

In its case bulletin Tuesday, the Department of Health (DOH) reported only 3,604 new infections, the lowest since the 3,083 reported on May 23, 2021. Daily case counts are normally low at the beginning of the week because these are based on testing outputs during the weekend.

The new infections brought the cumulative case count to 1,481,660. Five duplicates, which were reported as recoveries, were removed from the tally.

The additional mortalities, including 47 cases that were previously tagged as recoveries, raised the Covid-19 death toll in the country to 26,092. The case fatality rate remained at 1.76 percent.

There were, however, 72 cases that were previously tagged as recoveries but were found to be active cases. There remained 46,934 active cases nationwide.

However, three regions were not able to sustain a negative two-week growth rate. Ilocos, Mimaropa and Cordillera are now posting positive TWGR, which means that cases are rising, De Guzman said.

Cases in NCR Plus have plateaued while those in the rest of Luzon have shown a slight increase. NCR Plus refers to the National Capital Region (NCR) and the provinces of Bulacan, Cavite, Laguna and Rizal.

There are, however, seven areas in the NCR that have reverted to a positive case growth rate. These are Makati, San Juan, Muntinlupa, Mandaluyong, Manila, Malabon and Navotas.

There are also seven areas in Luzon that were among the areas flagged for having high to critical risk healthcare and ICU occupancy. These are Cagayan, Bataan, Naga City, Apayao, Baguio City, Makati City and San Juan City in Luzon.

In the Visayas, De Guzman said only Eastern Visayas is showing a continuous downtrend in cases.

Western Visayas cases are plateauing, although cases have continued to increase in Aklan, Antique, Iloilo Province and Iloilo City.

As of July 10, Iloilo City's healthcare and ICU utilization rates remained at critical risk with occupancy of 90.24

in Guimaras and Capiz provinces while Aklan's ICU wards are almost full with 82.6 percent occupancy.

recorded daily cases as high as 343, is seeing a downward trend.

Bohol's ICU utilization rate was high risk at 77.7 percent while its healthcare utilization was moderate at 65.6 percent. Negros Oriental's

healthcare utilization was also in the red at 73.3 percent.

The rest of Central Visayas are in the safe zone in terms of occupancy in regular and ICU beds for Covid-19 patients.

In Mindanao, all regions including Davao are seeing a decrease in cases, except Soccsksargen, where a slight upward trend was observed.