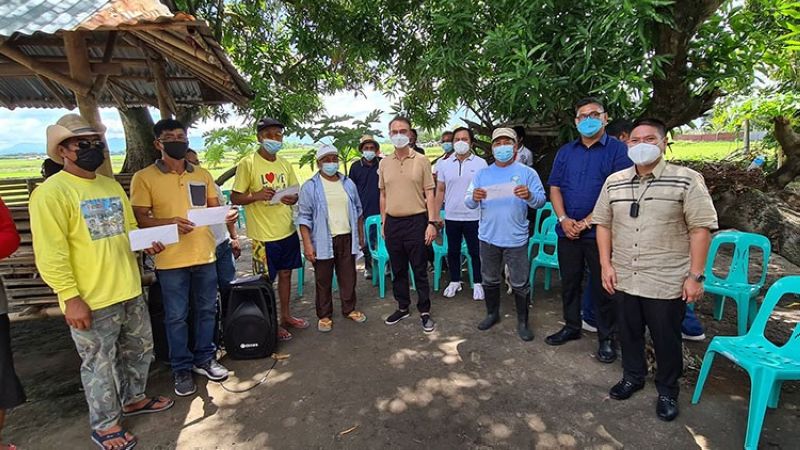 LOCAL government officials in Central Luzon expressed hope on July 9 of the approval of the P10,000 direct stimulus package being pushed by former House Speaker Alan Peter Cayetano and his allies in Congress.

This, after nearly 600 pandemic-hit families in Central Luzon received P10,000 in cash aid each under Cayetano’s Sampung Libong Pag-Asa program on July 9, bringing the total number of beneficiaries to more than 5,000.

A total of 500 select families from the different municipalities and cities in Tarlac and Pampanga received the cash assistance.

More than 100 Facebook users who left comments on the livestream also received P10,000 each.

(This P10,000 cash assistance is very timely because there is a pandemic-induced recession all over the world and economies have been derailed. Here in our barangay, a lot of our constituents have lost their jobs.)

The province’s officials echoed the sentiment, thanking Cayetano and his allies on behalf of their constituents.

(It is so hot outside that our local farmers cannot even work in the fields, and then this program suddenly comes to our province. It’s as if it was sent from heaven.)

The Sampung Libong Pag-Asa or 10k Ayuda Bill was launched by Cayetano and his allies in Congress on May 1.

(That’s why I’m hoping the 10K Ayuda provision gets approved by Congress, not only as a one-time or two-time assistance, but rather like what the former Speaker did to our public market vendors and tricycle drivers -- until now they are benefitting from the assistance they have received.)

Cayetano, a known advocate of MSME (micro, small, and medium enterprise) empowerment, reiterated the importance of giving Filipino families a chance to build their own small businesses.

"We often hear the concepts of GDP, GNP, inflation rate, and stock market being discussed on television. However, if our people are not feeling the benefits of economic growth, these numbers are meaningless," he said.

He expressed confidence that each of the Tarlaqueños and Kapampangans who received the cash aid will use a portion of P10,000 to rebuild their livelihoods amid the pandemic.

There are 21 cooperatives and organizations -- tricycle and jeepney drivers as well as market vendors, among others -- in Tarlac and Pampanga that have also been receiving assistance from Cayetano for years through his “Presyo, Trabaho, Kita” (PTK) advocacy. These groups were able to grow the capital the lawmaker has been providing them.

Cayetano also reiterated his call to presidentiables to create a five-year plan together “so that whoever wins, the people know what to expect."

The former Speaker said he hopes the five-year plan would include the P10,000 in cash aid per Filipino family in the next three to five years.