Another group mulls case against Ceneco-TPBAC 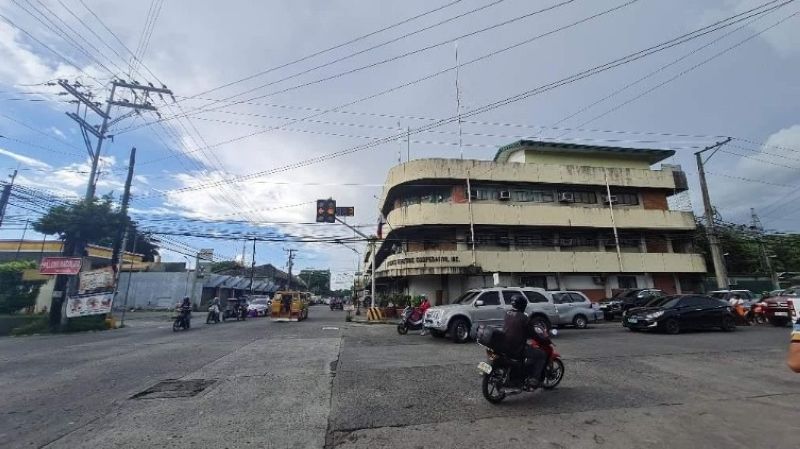 NEGROS. Another group, Sanlakas-Negros, plans to file a complaint against the Third Party Bids and Awards Committee of the Central Negros Electric Cooperative over power woes hounding the cooperative. (Erwin P. Nicavera)

MULTISECTORAL group Sanlakas-Negros is planning to file a complaint against the Third Party Bids and Awards Committee (TPBAC) of Central Negros Electric Cooperative (Ceneco) for alleged gross negligence and incompetence in connection with their insistence to immediately proceed in purchasing electricity from a coal power generator.

Sanlakas-Negros Coordinator Jun Año, in a press statement Tuesday, July 13, said they do not know why the TPBAC seems to be rushing to sign a new contract without taking into consideration the effects of their decisions to electric consumers especially now that there is an ongoing pandemic.

Año said that "in fact, various groups are insisting that the Competitive Selection Process (CSP) must be done with better terms."

The group is demanding Ceneco-TPBAC to conduct a CSP based on the new power supply procurement plan to ensure that the economic effects of the pandemic will be taken into consideration.

"We can't lock in our consumers to paying for electricity that is not needed since they are using old data that is pre-pandemic," he said, adding that "we all know that the economic effects of the pandemic reduced the demand for power especially from commercial and industrial users."

This means, Año said, that "we will have to pay for higher electricity bills if they will proceed with their plans."

"Worse, they are also shackling Negrenses to coal energy, contrary to the objective of our island being declared 100 percent free of dirty energy sources," he said.

Año also mentioned that they are currently reviewing several documents and consulting with various experts to ensure that their complaint against Ceneco-TPBAC is "a strong case that will put an end to fossil fuels in Negros."

SunStar Bacolod tried to reach for comment Engineer Norman Pollentes, who is the chairman of the TPBAC, but he had not replied as of press time.

Ceneco caters to the largest number of electric consumers in Negros Occidental including cities of Bacolod, Bago, Talisay and Silay, and towns of Murcia and Salvador Benedicto.

The extension, however, was at a reduced capacity of 20 megawatt (MW) or half of the 40 MW that was previously contracted by Ceneco with the Cebu-based coal-fired power plant for 10 years, from 2009 to 2021.

Raising concerns on alleged overpricing, consumer group Power Watch Negros had questioned the cost of over P5 per kilowatt-hour (kWh) contracted by Ceneco with KSPC.

The lowest calculated bid of P3.29 per kWh is also from the same power supplier.

For the consumer group, it would translate to an additional cost of about P360 million which will be shouldered by the member-consumers for one year.

Ceneco officials earlier argued that there was never an overpricing in the extended contract as all the rates are approved by the Energy Regulatory Commission (ERC).

Ceneco president Jojit Yap had explained that they opted to push through with the extended contract with KSPC because it will already expire pending the decision of the Department of Energy (DOE) on the query of another consumer group Konsyumer-Negros.

She pointed out that the cooperative cannot just rely on the Wholesale Electricity Spot Market (Wesm) as the cost of power there goes up and down.

These charges included grave misconduct, gross neglect, dishonesty, gross insubordination, conduct prejudicial to the interest of the electric cooperative and its member-consumers, and willful violation / non-compliance to NEA issuance, memoranda and other rules and regulations.

Sancho, who is also an observer of the TPBAC, said the offenses are found under Rule VII or the Offenses and Penalties of the Revised NEA Administrative Rules and Procedures of 2013.

The consumer group leader said the result of the CSP conducted by the TPBAC was not implemented due to the interventions made by the Ceneco Board and management.

The complainant, in his affidavit, said that on April 10 this year, two days before the date of the scheduled bid opening, TPBAC chairman Pollentes received a letter from the six Ceneco Directors seeking postponement of the opening of bids as scheduled.

Subsequently, another letter from Pondevilla was issued ordering the suspension of the bid opening due to certain concerns of the Board, it stated.

On April 12, however, the TPBAC proceeded with the conduct and opening of bids pursuant to TPBAC Bid Bulletin No. 4 and prepared the resolution "recommending the Power Supplier Bid Offer as the Lowest Calculated and Most Responsive Bid for the Procurement of Ceneco's 20 MW Baseload Requirement for 2021 to 2031."

Instead, respondents, as majority members of Ceneco Board passed and approved a different resolution approving the one-year extension of the existing power sales contract with KSPC," it added.

Yap earlier said they have already discussed the case with their lawyers.

"As per advice, we will wait for the order or comment of NEA then make a reply," she added.

Pondevilla, for his part, said "the case is a welcome move. At least, we can answer it in a proper forum."