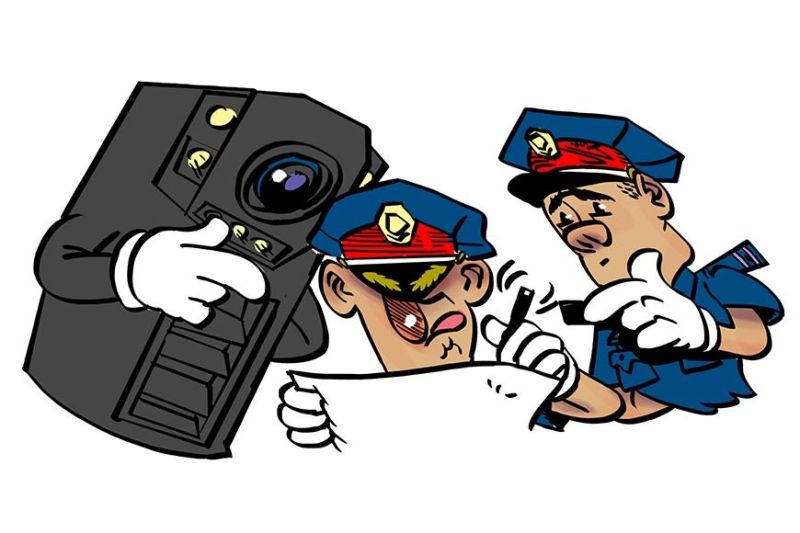 THE country’s law enforcement finally embraces the use of body-worn cameras (BWCs) after years of public clamor in the wake of alleged human rights violations in the government’s intensified war against illegal drugs. To recall, not long after President Rodrigo Duterte’s impassioned term-starter pronouncements to curb illegal drugs in the country, the body count has since massed up. We’re now into the final year under his administration, and our Philippine National Police (PNP) finally receives the police guidelines on BWC use from the Supreme Court. PNP Chief Guillermo Eleazar this week said they are now creating a technical working group to come up with a module based on the SC guidelines to train its policemen on the use of the cameras.

The arrival of around 3,000 BWCs was ushered in by painful lessons. In 2017, the murder of 17-year-old Kian delos Santos by Caloocan City cops urged senators and congressmen to file separate bills to require law enforcers to use BWCs in police operations. In 2018, three officers were convicted over the murder of a teenager tagged as a drug suspect on the pretext that the boy fought back. In the same year, Congress reacted by allocating P334 million in the PNP’s 2018 budget to buy BWCs. The following year, the PNP granted the P289 million contract to EVI Distribution.

Law enforcement agencies in the US and UK have for some years now integrated the technology in its operations. The most prominent tale in how BWC use can ensure accountability in police work was the 2020 case of George Floyd who was chokeheld to death by police officer Derek Chauvin. The BWC’s footage, corroborated by citizen videos, led to the sentencing of the police officer.

Needless to say, the persistent mistrust between a sector of citizens and the police could find a bit of relief in the presence of the BWCs in the fight against criminality. The assumption is that this will increase legitimacy, transparency and accountability. Eleazar said this would serve as a “big help to erase doubts and speculations in the conduct of our operations, especially in our aggressive campaign against illegal drugs.”

However, in drafting the BWC rules, the Supreme Court in its resolution cited its autority to write rules to protect people’s basic rights, but it also took note that there must be a balance to give the police elbow room in carrying out their duties.

“We try to achieve that balance so that the end goal is we do not disregard the constitutional rights of people, but at the same time, the law enforcers are also given adequate leeway to effectively discharge your functions. That’s the main goal of this special rule that we are coming out,” said Chief Justice Alexander Gesmundo in a meeting with the PNP and other stakeholders.

Meanwhile, it may also help to read into the pioneering studies of US law enforcement on the effectiveness in the use of BWCs. The US Bureau of Justice Statistics conducted in 2017 a study on BWC use to see if it had ensured officer safety, increased evidence quality, reduced civilian complaints and reduced agency liability. The initial findings had not shown anything conclusive and the agency had recommended further study.

As the PNP rolls out the BWC use under Supreme Court guidelines, it may help to watch closely if the objectives are met.