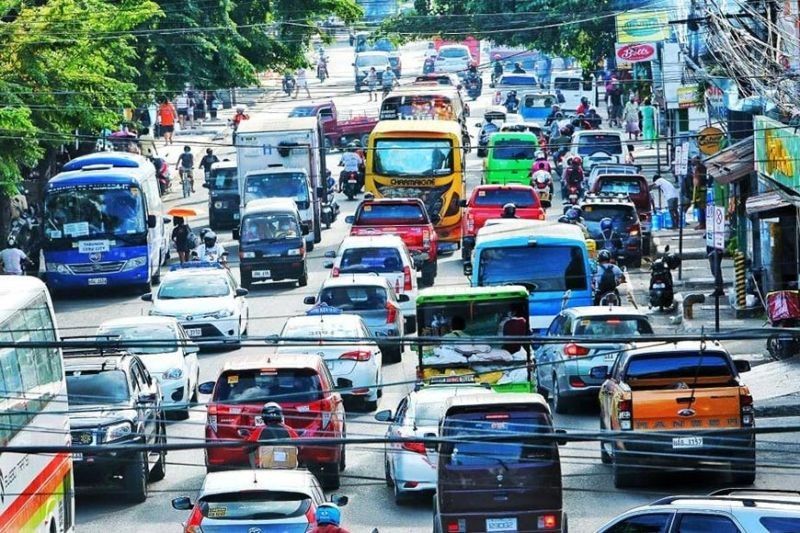 THE Land Transportation Franchising and Regulatory Board (LTFRB) 7 issued citation tickets to 15 public transportation vehicles (PUV) operators as their personnel, the drivers and conductors, failed to implement the minimum public health protocols on Tuesday, July 13, 2021.

In spite of enforcing the minimum public health protocols for more than a year because of the Covid-19 pandemic, LTFRB 7 Director Eduardo Montealto Jr. said, there are still PUV drivers and conductors who do not properly wear masks and face shields.

If a commuter happens to witness a driver or conductor violating the protocols, Montealto encourages the commuter to report the violation through their hotline numbers or through their official Facebook page.

The commuter may send a picture with the time and the plate number of the vehicle.

Montealto said each violation carries a fine of P5,000.

Lorraine Arguilles, a resident in Mandaue City, often commutes to work and back to her residence. She either rides a bus or beep.

One time, she said, she was refused to board a beep because of her half-sized face shield, but what irritated her was that the conductor himself did not wear one.

Arguilles also observed that plastic barriers in beeps no longer serve their purpose since the passengers are already sitting shoulder to shoulder with other passengers.

She said that she was not aware that as a commuter she can do something to apprehend the drivers and conductors who failed to enforce and comply with the minimum health protocols by reporting them to the LTFRB 7.

Also, Andre Pepito of Minglanilla also commutes from her home to her workplace in Cebu City.

She felt satisfied with how the bus operators and modern jeepney operators enforce the health protocols; however, she was concerned about the barriers of some beeps that are hanging just like a curtain and the passengers are very close to each other.

The LTFRB only allows 75 percent of the seating capacity with fixed barriers in all public transportation in areas under modified general community quarantine (MGCQ), the current status of Metro Cebu and the rest of Cebu Province.

If the seat is a double seater without a barrier, only one passenger is allowed to sit on it, said Montealto.

With regards to the barrier, Montealto said that it should be fixed, not hanging as with the case of some beeps.

All the passengers should be seated and not a single passenger is allowed to stand, said Montealto.

Also, the driver and the conductor must prohibit the passengers from answering phone calls, talking, drinking and eating.

Minimum health protocols such as the proper wearing of masks and face shields must also be observed.

On the mode of payment, Montealto said it is ideal to have a cashless transaction; however, most passengers have been paying their fare in cash as it is the most convenient for them.

Since the payment of the fare is in cash, Montealto said the conductors are responsible for collecting the fare.

For traditional public utility jeepney without a conductor, Montealto said that it is the passenger’s responsibility to hand over to the driver his fare before seating; or if he forgets to do this, he may give the fare to the driver before disembarking.
< Previous PageNext Page >