Healthcare volunteers for NCR Plus get reward 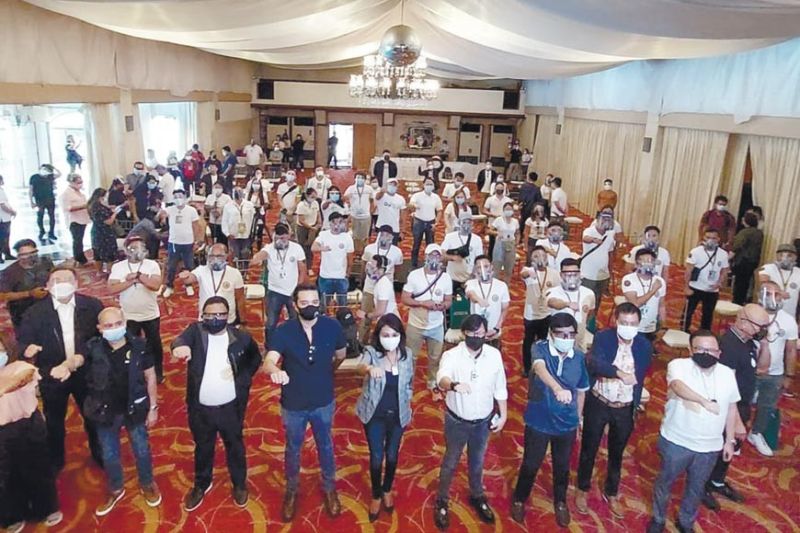 OFF TO NCR. During sendoff ceremonies held last April 7, 2021, dozens of healthcare workers who agreed to work in Metro Manila and its surrounding provinces for three months to respond to the urgent need for medical workers there as Covid-19 cases spiked, were promised cash incentives by Cebu City Mayor Edgardo Labella and Gov. Gwendolyn Garcia. The frontliners have returned to Cebu after working far away from home from April to June. (SunStar file)

THE Cebu City Government has released a total of P2.4 million for 80 healthcare workers who volunteered to work in Metro Manila and the neighboring provinces of Bulacan, Cavite, Laguna, and Rizal when a Covid-19 surge occurred there earlier this year.

Each healthcare worker received P30,000 as cash incentive from the City for serving in the area collectively known as the “National Capital Region (NCR) Plus” for the months of April, May and June 2021.

Mayor Edgardo Labella earlier assured the healthcare workers the City would help them for risking their lives and those of their families in setting out to volunteer.

Mary Rose Lubino, Labella’s chief of staff, said the healthcare workers comprising doctors and nurses have already returned to Cebu after three months in NCR Plus.

“After we received the official endorsement of the Department of Health (DOH) that they were the ones deployed, we processed their payroll and we finished releasing the incentives today,” Lubino said in a mix of Cebuano and English on Tuesday, July 13, 2021.

The healthcare workers left Cebu for NCR Plus on April 7 with Labella thanking them for their heroic act of helping those in need.

Lubino said following their return to Cebu, the DOH 7 will deploy the healthcare workers to the provinces of Bohol and Negros Oriental, where Covid cases have continued to rise.

At Capitol, Provincial Treasurer Roy Salubre said 50 Cebuano medical frontliners returning to Cebu from NCR Plus after their three-month contract will also receive a P10,000 incentive from the Provincial Government.

Salubre said they have yet to set the final date of release for the incentive, which will be deposited directly to the health workers’ respective bank accounts. (ANV)