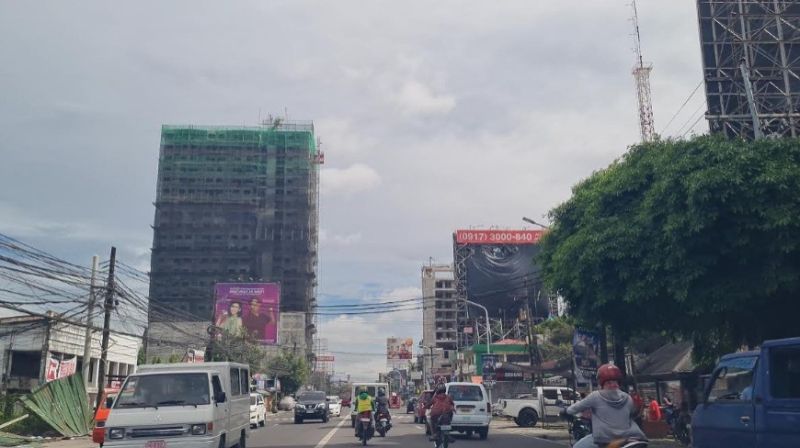 NEGROS. The local business sector is apprehensive that the possibility of placing Bacolod City under a stricter modified enhanced community quarantine is a disaster waiting to happen. (Erwin P. Nicavera)

FOR a local business leader, the possibility of placing Bacolod City under a stricter modified enhanced community quarantine (MECQ) is a disaster waiting to happen.

Frank Carbon, chief executive officer of Metro Bacolod Chamber of Commerce and Industry (MBCCI), said what will aggravate the Bacolod MECQ problems is the ECQ in Iloilo City and Iloilo Province.

Carbon, also the vice president of Philippine Chamber of Commerce and Industry (PCCI) for the Visayas, said ECQ and MECQ mean lockdown.

"No movement of people, services and goods. No movement will result to no spending or less spending," he said, adding that "no spending means no revenue or less revenue that will trigger mass layoffs of workers."

The economy of the region will practically stop, the business leader lamented.

"Hopefully, the appeal of Bacolod City Mayor Evelio Leonardia, Iloilo City Mayor Jerry Treñas, and Iloilo Governor Arthur Defensor Jr. will be listened to by the President," he added.

On Tuesday night, July 13, both Leonardia and Vice Mayor El Cid Familiaran confirmed that they received information that the city is being recommended to be placed under MGCQ starting July 16.

Leonardia immediately appealed to the Regional Inter-Agency Task Force (RIATF) in Western Visayas to reconsider its recommendation to the IATF to escalate the city's quarantine status, and instead retain the General Community Quarantine (GCQ) until July 31, 2021.

The mayor, in a statement, pointed out that it is not debatable that many Bacolodnons have already lost their jobs and businesses because of the prolonged community quarantine.

"We cannot afford to add more restrictions that will extend the freeze on our economic recovery. Our tireless efforts in trying to battle coronavirus disease (Covid-19) are resulting in the reduction of cases by 42 percent in the recent two weeks," he said.

The mayor added that "we shall continue to battle the pandemic together with our frontliners, while at the same time start to get back on our feet. I hope and pray that our national officials will listen to our plea."

Leonardia expressed hopes that the IATF will listen to their appeal which is meant to spare the people from the inconvenience and other undesired effects on the economy.