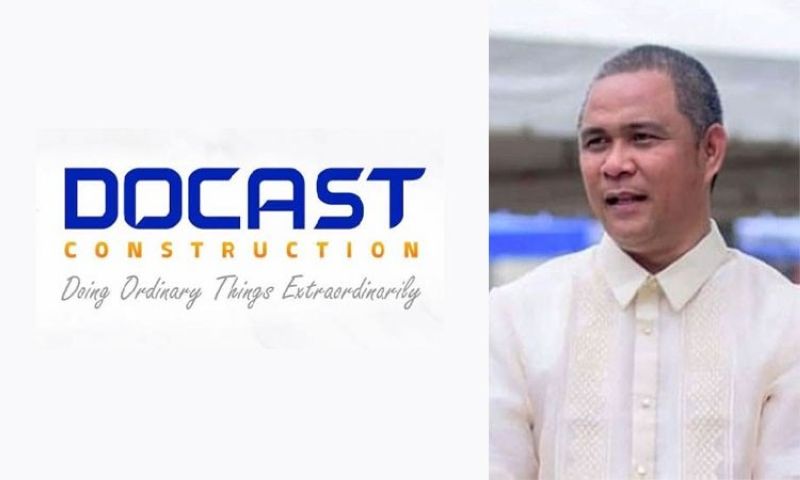 TWO shots were fired by the Cebu City Council in its regular session Wednesday, July 14, against the controversy-wrapped company that hauls the city's garbage:

[1] SECOND DEMAND. Vice Mayor Michael Rama, in a privileged speech as chairman of the committee on health, disclosed a second letter to Docast Construction/JJ & J Construction and General Supply, telling the garbage contractor that its answers to his June 28 memorandum did not give "specific and direct" answers and eluded the issues of violations and practices that prejudiced the City. He told owner and manager John David Javier to answer within 48 hours from receipt of the letter.

[2] EXECUTIVE SESSION. The Sanggunian, on motion of Minority Floor Leader Nestor Archival Jr., ordered the city treasurer not to pay any more money to Docast until it can ascertain the volume of garbage hauled by the contractor from records of the landfill ARN Central Waste Management Inc. The bundle of requests in the motion included earlier demands by the City Council, on motion of Councilor Eugenio Gabuya, for records of ARN and Department of Public Services regarding trash dumped at the waste transfer station in Inayawan and the landfill in Binaliw. The Sanggunian will meet the city officials and garbage contractors at an executive session on July 28.

WHAT COUNCIL SEES, CASAS 'NO SEE." The fresh push on an inquiry into the state of the garbage problem and whether the collection-disposal system is working pursues the City Council moves of early July and VM Rama's initial step, prompted by a visit to the overloaded Inayawan waste transfer site. The City Council and the vice mayor have been demanding an explanation from contractor Docast.

Rama was then serving as acting mayor. He is now making his second demand as acting mayor. Starting Wednesday, just after his Sanggunian speech, VM Rama left the session to substitute for Mayor Edgardo Labella who was admitted to the hospital again "due to a persistent cough."

DIFFERENCE IN VIEW. That seems to highlight a difference of opinion regarding the problem.

The executive department sees nothing wrong with the Docast contract and performance. Last July 2, City Administrator Floro Casas Jr. told the media he will not terminate the contract ("Casas no see" anything wrong, said a broadcaster in pidgin English.) Casas rejected the suggestion of stopping the contract almost dismissively, without responding to uproar in the City Council, public furor over the Inayawan transfer site overload and Docast's unpaid P18.6 million debt to the landfill. [Last July 9, Casas gave a second argument: "We need (Docast) now more than ever."]

In contrast, Rama and the City Council look at the garbage problem as a huge problem, which has long eluded solution. In this particular contract with Docast, they suspect the City is being bled heavily through a contract "disadvantageous" to the City and the contractor's alleged violations. Minority Floorleader Noel Archival told the Sanggunian:

(a) there is no copy of the Docast contract (or maybe he has not seen one).

(b) a provision that says garbage must be dumped within the city is aimed to favor one particular contractor; and

(c) Docast was not engaged in the business of collecting and disposing garbage.

IMMINENT THREAT OF COLLISION. Casas, as city manager and in effect his chief of staff, speaks for the mayor. He cancelled the bidding for phase four of the Cebu City Medical Center new building "in the name of the mayor"; he did not cite anyone when he said he wouldn't terminate the Docast contract, without giving the courtesy of listening to what the Sanggunian would find out.

The collision is being put off for now, while VM Rama is acting mayor but what when Mayor Labella returns? The mayor is expected to support Casas's stand but what if the evidence against Docast overwhelms or is convincing enough?

EASY-TO-CHECK EVIDENCE. Based on Rama's show-cause order of June 28 and his new letter, announced July 14, there seems to be a lot of evidence against Docast, most of which are easily verifiable: such as the over-dumping at the Inayawan transfer site, which led to its recent closure and failure to meet equipment and site requirements under the contract.

It should be easy to verify the 13 trucks Docast has fielded, instead of the required 50; the absence of a motor-pool and a transfer site in the north, with a substandard one, already shut down, in the south; and all those other equipment demanded by the terms in the P402 million purchase order but not provided for by the contractor. And it shouldn't be much work to check out records on the volume of garbage hauled by Docast and that by DPS and the barangays, and compare that with the money paid by City Hall.

"The City is being bled dry," one councilor commented in one discussion over the problem. The Sanggunian sees it but the city administrator does not.

BIGGER PROBLEM. The solid waste disposal system needs more than a fixing here and there. In its July 7 and earlier sessions, the ills that surfaced suggest that a thorough review is needed.

VM Rama included in his clutch of motions Wednesday the convening of the ad hoc committee on garbage and, soon, a summit that will tackle the problem "in a community, holistic manner."

Meantime, to collect and dispose of garbage, the City Government spends oodles of money, a large chunk of which might reasonably be suspected of not going to the contractors alone.