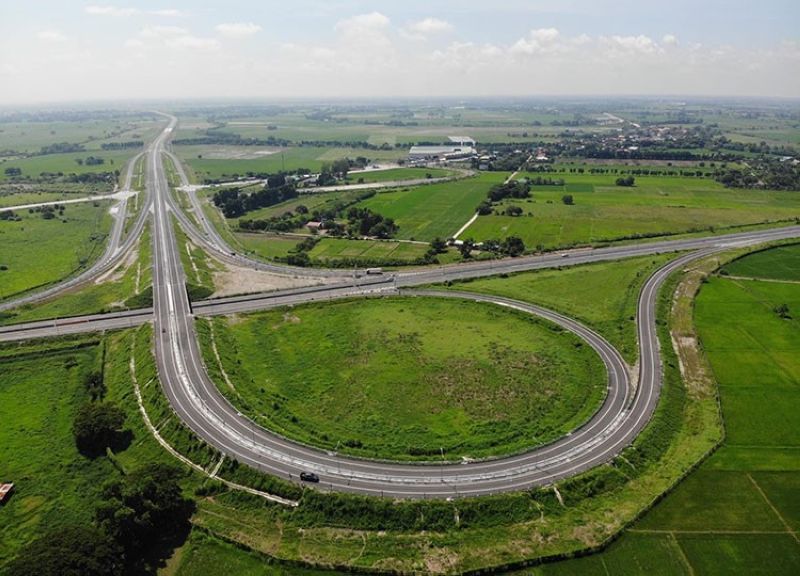 DPWH Secretary Mark Villar made a final inspection of the four-lane expressway project on Wednesday, July 14.

“As declared a month ago, we will inaugurate on Thursday, July 15, 2021, the first 18-kilometer section of CLLEX from Subic-Clark-Tarlac Expressway (SCTEX)/Tarlac-Pangasinan-La Union Expressway (TPLEX) connection in Tarlac City up to the intersection of Aliaga-Guimba Road in Aliaga, Nueva Ecija,” said Villar.

During the inspection, Villar was accompanied by Undersecretary for Unified Project Management Office (Upmo) Operations Emil Sadain and Project Director Benjamin A. Bautista.

This toll-free expressway project implemented by DPWH UPMO-Roads Management Cluster 1 is one of the key infrastructure projects with funding assistance from the Japan International Cooperation Agency (Jica) under the Build, Build, Build program.

The partial opening of CLLEX up to Aliaga is expected to provide options to motorists and spread out traffic better.

According to Sadain, the CLLEX sections covered by three contract packages that will be opened are the 4.10-kilometer Tarlac Section, 6.40-kilometer Rio Chico River Bridge Section including 1.5-kilometer Rio Chico Viaduct, and the Aliaga Section with up and down ramps at Guimba-Aliaga Road.

The DPWH is committed to complete the entire 30-kilometer expressway project within the term of President Rodrigo Duterte, with the 10.3-kilometer Cabanatuan Section under Contract Package 4 already at 88.7 percent, while the Zaragoza Interchange Section under Contract Package 5 is at 26.9 percent and expected to gain significant progress as site possessions are secured for the project’s right of way (ROW) requirements.

Once fully operational, the P11.811-billion expressway is expected to shorten the usual travel time of 70 minutes between Tarlac City and Cabanatuan City to just 20 minutes.