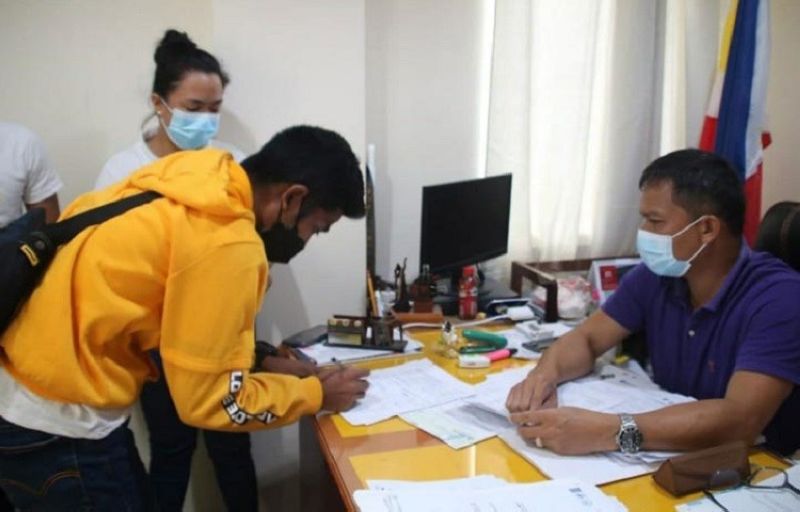 ZAMBOANGA. The Department of the Interior and Local Government (DILG) releases the Enhanced Comprehensive Local Integration Program (E-Clip) benefits to five former New People’s Army (NPA) rebels who are under the care of the Army’s 53rd Infantry Battalion. A photo handout shows one of the recipients signing the documents as he receives the cash aid while Zamboanga del Norte DILG Provincial Director Oliver Ombos (right) looks on. (SunStar Zamboanga)

THE Department of the Interior and Local Government (DILG) has released Enhanced Comprehensive Local Integration Program (E-Clip) benefits to five former New People’s Army (NPA) rebels who are under the care of the Army’s 53rd Infantry Battalion (IB).

Each of the five received P50,000 livelihood assistance and P15,000 immediate cash assistance.

The E-Clip is the government's program to reintegrate NPA surrenderers back to mainstream society, be with their families, and start over with their new and normal lives.

Lieutenant Colonel Jo-ar Herrera, commander of the 53IB, said in a statement that the E-Clip benefits will significantly help the former rebels, which they called as “Friends Rescued,” go back to their normal lives.

“With these livelihood and immediate cash assistance, our Friends Rescued (former rebels) now have a headstart and can start lives anew,” Herrera said.

He said the five recipients of the financial assistance are also students of 53IB's Project Good Life.

The Project Good Life is a 12-month Pneuma-Psyche-Soma Holistic Wellbeing and Mental Health Psychoeducation Program for former rebels, who surrendered to the 53IB. (SunStar Zamboanga)