Troops lauded for success in drive vs NPA 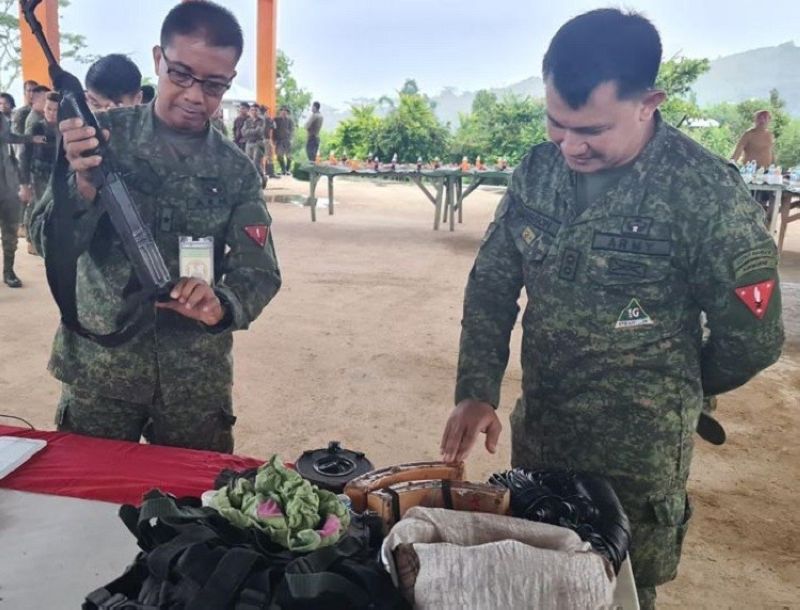 Nicolas visited troops Wednesday, July 14, to boost the morale of troops involved in the clash against members of the Guerilla Front Sendong of the NPA’s Western Mindanao Regional Party Committee.

The 10IB troops have seized several war materiel of the NPA Sunday, July 11, in the boundary of Small Potongan and Bagong Nayon villages in Concepcion town, Misamis Occidental.

Lieutenant Colonel Ray Tiongson, 10IB commander, said the clash ensued as the troops chanced upon a group of NPA rebels while verifying the reported presence of the group on extortion operation in the area.

“I commend you for this significant accomplishment against the Communist Terrorist Group here in Misamis Occidental,” Nicolas told the troops.

“Let us sustain our gains, continue the pressure and commit ourselves to our mission because the people of Misamis Occidental is united with us in our campaign to end the local communist armed conflict in the province,” Nicolas added.