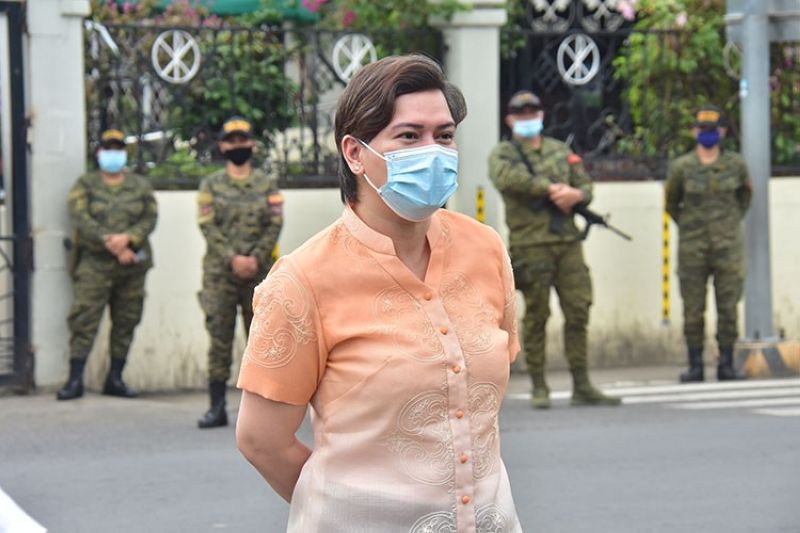 The survey, conducted by RP-Mission and Development Foundation Inc. (RP-MD), was based on data gathered from the regions in June 2021 with 5,000 respondents and analyzed by the group.

Duterte-Carpio topped the list of the "Job Approval Rating of City Mayor/Per Regional Center" with the question "Do you approve or disapprove of the way [mayor's name] is handling his/her job as City Mayor?"

Cebu Governor Gwendolyn Garcia got 77 percent approval from her constituents, making her the top governor in the country, based on the survey.

According to Dr. Paul Martinez of RP-MD, the purpose of the survey is to inform local chief executives of their performance in the delivery of their public service.

“In every region, the City Mayor of each capital in the area has been assessed by the constituents when it comes to their overall job performances or achievements. As for the Governors, we chose the regional center of the provinces to gather significant data for analysis. We are hoping that this will give our public servants a good insight on how they are doing with their constituents," Martinez said.

He said based on their latest findings and record, Duterte-Carpio surpassed the ratings of his father President Rodrigo Duterte (86 percent) in January 2010, back when the latter was still the Davao City mayor.

Martinez said when respondents were asked to describe in their own words “what crosses their minds” when they think of the president's daughter, they said the mayor is "strong-willed, trustworthy, young and experienced official."

In a statement provided by the City Information Office on Thursday evening, July 16, Duterte-Carpio said that the collective effort of all Dabawenyos in making Davao City a competitive and livable city paved the way for the recognition. She further encouraged Dabawenyos to continue upholding the city's tagline, "Life is Here."

“The honor I share with all of you who work hard to serve the Dabawenyos. We all genuinely love our city and this is our core strength. So we must continue to make it livable,” she said.