Police: Killing of lawyer, husband may be due to ‘personal grudge’ 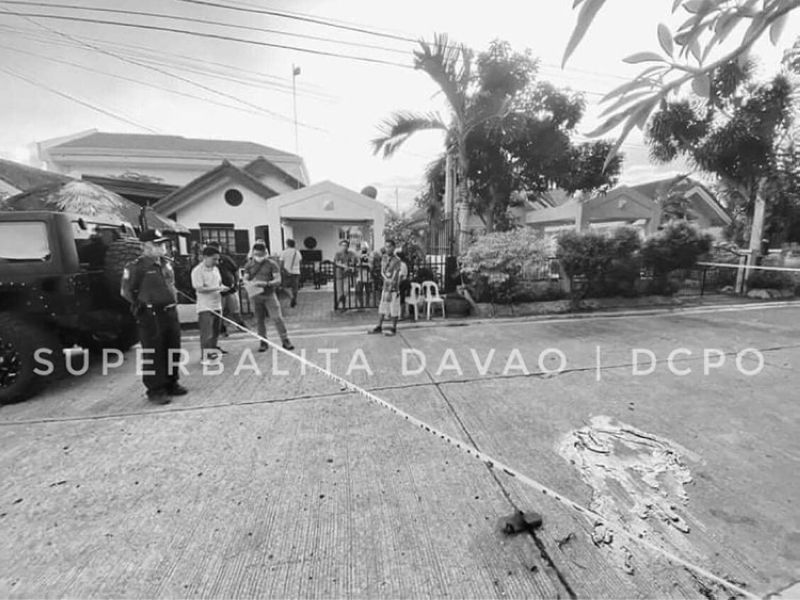 AN OFFICIAL from the Davao City Police Office (DCPO) said the killing of a Davao-based lawyer and her husband, who were shot dead by an unidentified person outside their house, might be due to “personal grudge.”

Lawyer Sitti Gilda Mahinay-Sapie and her husband Muhaimin Sapie were gunned down outside their residence in Phase 2, Solariega Subdivision in Barangay Talomo, Davao City around 5 p.m. Wednesday, July 14.

The couple was shot dead shortly after they finished their blocktime radio program, “Justice Redeemer.”

According to their social media account, the show is a free legal advice program tackling “general legal issues, and an opinion-oriented political program” and airs on 94.7 FM Power Radio Davao.

Based on their initial findings, he said the couple has been handling cases related to land disputes.

"Lumalabas dito parang may personal grudge dito sa mag-asawa. Tinitingnan natin ang motibo (It looks like there has been a personal grudge on this spouse. We are still determining the possible motive)," Kraft said in an interview on 87.5 FM Davao City Disaster Radio.

The DCPO chief said they are still identifying the person behind the incident, and the weapon used in the crime.

According to closed-circuit television (CCTV) footage obtained by other media outlets from the program staff, which went viral online, the shooter is not visible during the incident.

Based on the video, Mahinay-Sapie was first shot. The husband rushed to his wife before he was also gunned down. The couple was killed on the spot.

Kraft said they are not ruling out that the firearm that was used is a snipper rifle.

"Yun pa rin ating imbestigahan. Hanggang kahapon, nilibot namin mga bahay na nakapaligid doon na pwede pagtaguan kung sakaling snipper po ito. Kasi wala masabi ‘yung mga bodyguards, mga kaibigan nila na naroon during the time -- kung sinong bumaril, at saan nanggaling ang putok. May possibility na snipper yun (That is what we are still trying to determine. Since yesterday, we have already visited every house nearby the crime scene to see where the snipper could have positioned himself. The bodyguards and friends who were around the incident cannot identify the perpetrator and their whereabouts. So there is a possibility that the person who killed them could have been a sniper),” the police head said.

He said they are still trying to obtain copies of CCTV footage within the subdivision to determine the identity of the assailant/s and where they headed after the incident.

Kraft said security officials of Solariega are also being investigated.

The official said they are also investigating how the gunman slipped through the guards of the gated subdivision with a “tight” security measure on its entry-exit points.

In addition to their initial findings, they also discovered that subdivision guards ask for the identification cards (IDs) of those entering the subdivision but they do not log it down.

In a statement issued on Thursday, July 15, Integrated Bar of the Philippines (IBP)-Davao President Maceste Uy said the union is "saddened by and strongly condemns the murder of one of its members."

"The senseless killings of the Sapie spouses is a derogation of the rule of law. Every life is sacred and should be respected. The attempt to take any life will never be tolerated in a civilized society," Uy said.

Uy said the IBP is also calling the Philippine National Police and other law enforcement agencies to investigate the "twin murder and bring to justice those responsible for these heinous crimes."

"Likewise, we call on the government to secure its citizens and see to it that lawyers and those involved in the administration of justice can do their job without fear, harassment or retribution," the IBP official said.