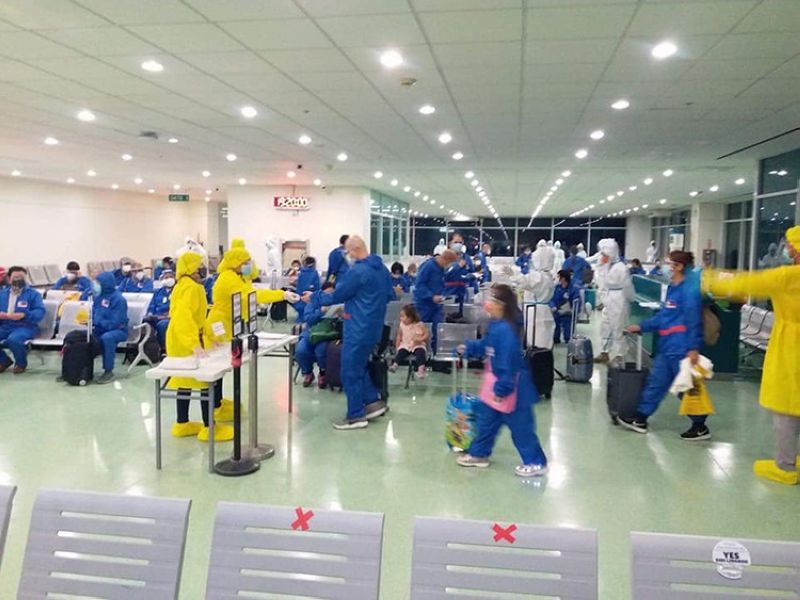 In a Facebook post by the Davao City Government, a One-Stop Shop at the airport was set up "to screen, identify, and isolate arriving international passengers to prevent and minimize the spread of Covid-19, and to facilitate and manage the arrival of returning Filipinos."

Bangladesh is among the seven countries covered by travel restrictions imposed by the government to prevent the further spread of the highly transmissible Delta variant of Sars-CoV-2, which was first detected in India.

Duterte-Carpio said around 350 OFWs from Dubai are expected to arrive in the city.

The mayor assured the public that repatriated passengers will undergo a “bubble” arrival process and strict health protocols will be applied for passengers.

This is in response to some fears of a potential surge of Covid-19 cases in the city, following the recent acceptance of repatriation flights outside the country.

Meanwhile, City Tourism Operations Office and Airport Monitoring Head Generose Tecson said previously that as of July 9, 2021, a total of 1,079 rooms in 20 hotel establishments have been prepared and inspected by the Department of Tourism as quarantine hotels.

“We prioritized multi-use or quarantine facilities, the Department of Tourism made the inspection and there are protocols followed to qualify,” Tecson said.

Tecson added that a separate identification of areas exclusive for isolation of travelers who tested positive is ongoing.

Travelers who will arrive in the city shall be quarantined for 10 days and will be swabbed on the seventh day.

On June 16, a total of 99 repatriated Filipino seafarers from Fiji arrived at the Francisco Bangoy International Airport (Davao Airport).

Tecson said the recent arrival of the repatriated OFWs served as a welcome development for the hotel industry in the city.