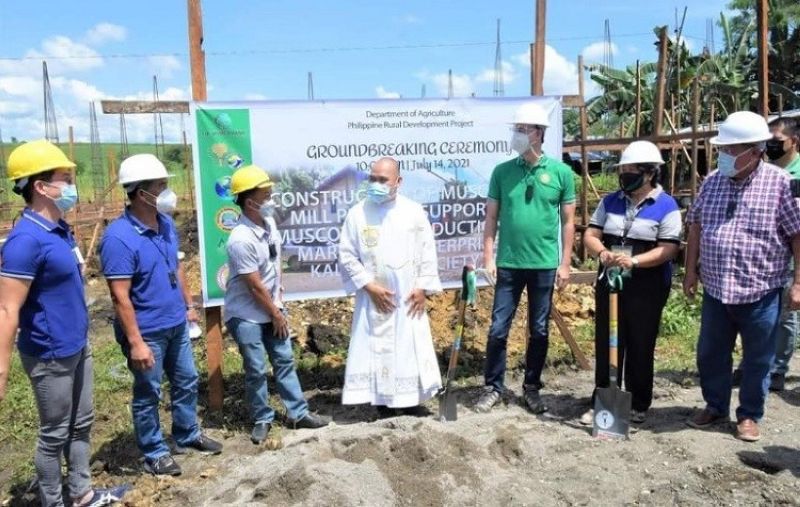 THE Provincial Government of Negros Occidental and Department of Agriculture (DA) in Western Visayas broke ground for the construction of a muscovado mill plant in Barangay Oringao, Kabankalan City Thursday, July 15, 2021.

The Philippine Rural Development Project (PRDP) sub-project has a total cost of over P25 million. It has two components such as infrastructure worth P12,176,549 and enterprise worth P13,801,177.

It is jointly funded by the loan proceeds from the World Bank, DA, Provincial Government of Negros Occidental, and Kalibutan Society Inc. (KSI) as the proponent group.

PRDP Provincial Project Management and Implementation Unit (PPMIU) - Negros Occidental head Narissa Lemoncito, in a statement, said the main objective of the project is to increase the production of quality muscovado sugar in the province that will cater to domestic and foreign markets.

It also aims to increase the production of muscovado sugar in the southern part of the province, as well as the income of sugarcane farmers.

Lemoncito said muscovado is the first commodity with value chain analysis. It is also included in the Provincial Commodity Investment Plan of Negros Occidental.

“Muscovado is in demand both in domestic and foreign markets because of its health benefits to consumers,” she added.

Governor Eugenio Jose Lacson, who was joined by DA-Western Visayas Regional Director Remelyn Recoter at the groundbreaking, advised the proponent group to manage the project well and ensure that the production and income go hand in hand.