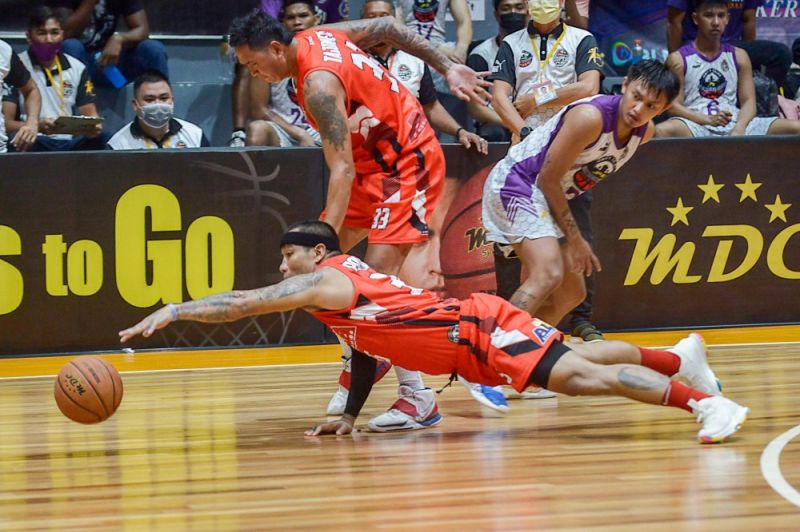 JPS Zamboanga held off the furious comeback charge of the ALZA Alayon Zamboanga del Sur to win, 82-79, in the 2021 Chooks-to-Go Pilipinas VisMin Super Cup at the Pagadian City Gymnasium in Pagadian City on Saturday.

Alza Alayon trailed by as much as nine but cut the deficit to just two, 74-76, after a layup by Eloy Poligrates. JPS’ Aaron Jeruta then canned a triple that was answered by a three-pointer by Alza Alayon’s Dennis Daa to keep them within two, 77-79, with 33.6 seconds to go.

Lingganay then buried a three as Daa once again answered, this time with a lay-in with 13.4 ticks left, 79-82. But Zamboanga City held on for the win as ALZA's Poligrates, JC Jabello, and Charles Pepito missed their shots in the dying seconds.

"Nothing was working for us in the first three quarters, that is why I gambled on playing my three point guards in Jeruta, Yu, and Lingganay. Fortunately for us, it worked," said JPS Zamboanga head coach Tony Pardo. "This game was a good test for us."

Daa turned back the clock, tallying 22 points and 16 rebounds in the losing cause, slipping to 0-2. Poligrates, who missed Zamboanga del Sur's first game, had 17 points on 7-of-18 shooting and five steals. (JNP)