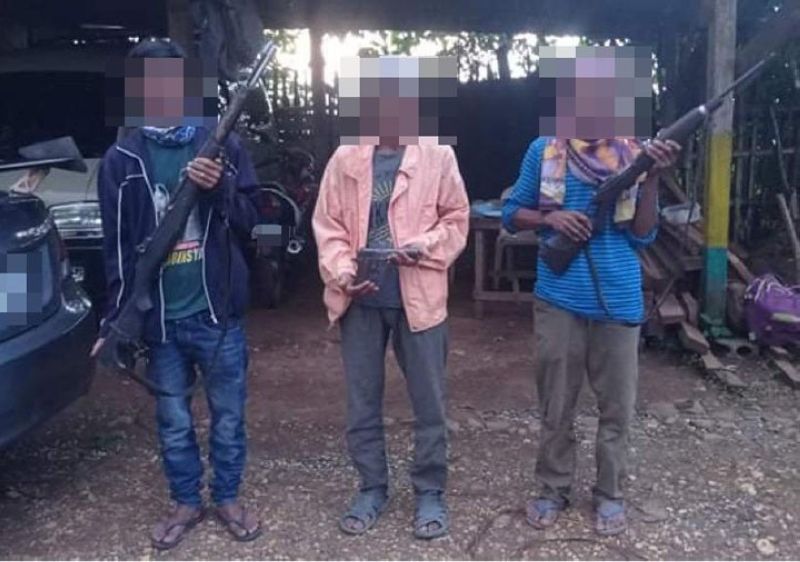 ZAMBOANGA. Three disgruntled members of the Bangsamoro Islamic Freedom Fighters surrender Friday, July 16, to government authorities in South Upi, Maguindanao. A photo handout shows the three BIFF surrenderers together with their firearms when they surrendered at the tactical command post of the 603rd Infantry Brigade. (SunStar Zamboanga)

Colonel Eduardo Gubat, commander of the 603rd Infantry Brigade, did not release the identities of the BIFF surrenderers for security reasons, except to say they belong to the BIFF-Bungos faction.

“The three revealed that they are not satisfied with the method of administration of their leaders,” Gubat said.

He attributed the successful surrender of the three BIFF members to the efforts of the 57IB and the intelligence units.

Meanwhile, Vinluan called on the remaining BIFF members to come out and surrender.

“Rest assured that we will assist them in their reintegration,” Vinluan said. (SunStar Zamboanga)