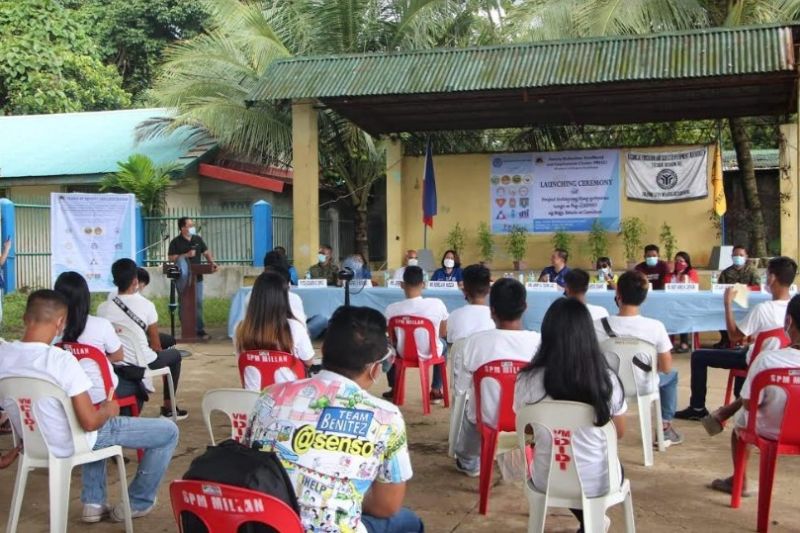 The two projects aim to provide skills training and other livelihood intervention programs for 25 beneficiaries coming from marginalized and vulnerable sectors of Barangays Estado and Gawahon, and another 25 from Barangay Canlusong.

Tesda-Western Visayas Regional Director Jerry Tizon, who spoke at the launching, said the program shows that the government is serious and committed to providing responsive measures to uplift and transform the lives of the poor and underserved communities.

"The government will never turn its back on you," he told the project recipients, adding that "no matter where you are or how difficult it is to reach your area, we will bring the training to you."

The start of training for OAP NC II will be on July 20, while the EIM NC II is on July 21 this year.

Nuezca said both training will be funded under Tesda's Training for Work Scholarship Program.

"This program is a big help to the residents and will enable them to develop the skills to gain employment or start and sustain a small business," he said.

Benitez also lauded the agency and other members of the National Task Force to End Local Communist Armed Conflict for working on addressing the root causes of conflict.

For his part, Victorias City Mayor Francis Frederick Palanca urged beneficiaries to take Tesda training seriously since the agency's National Certificate is a big help in getting decent and higher-paying jobs.

EB Magalona Mayor Marvin Malacon, on the other hand, posed a challenge to the 25 beneficiaries from his town.

Those who can pass the competency assessment for OAP NC II will receive an additional training support fund from the municipal government.

"We have to work together if we want to achieve peace and prosperity. If you trust the government, be with us," he said, adding that "the government is always there for you but remember that your advancement still depends on you."

Malacon also encouraged the beneficiaries to share with others the knowledge, skills and competencies they learn from the training.

These partners are also expected to provide their respective interventions in support of the PRLEC Project for the three barangays.

During the launch, Tizon and representatives of partner-government offices also signed the pledge of support and cooperation for the implementation of the projects.