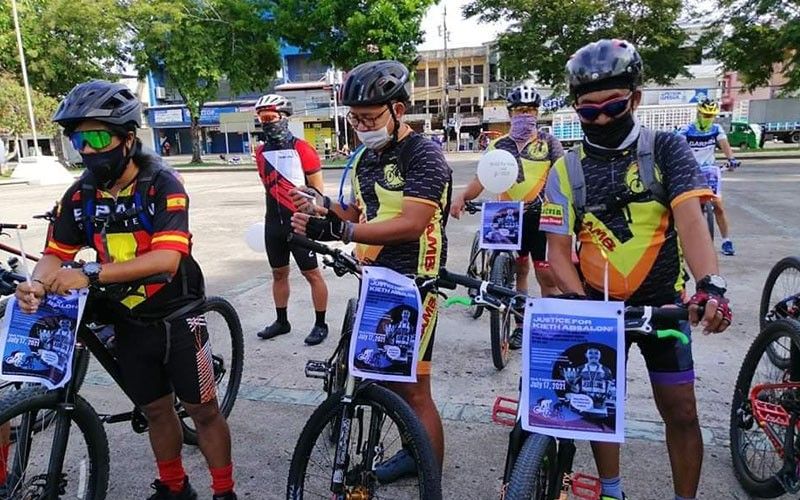 NEGROS. Simultaneous "Bike for Peace" was held in cities and municipalities all over Negros Occidental on July 17, 2021. (Contributed photo)

Nocppo welcomes the initiative from various groups of bikers as a way to express their desire for sustainable peace in Negros Occidental.

“We support these undertakings because peace in Negros Occidental is not just our mandate but our goal and we are glad that the public shares our sentiment," Palgue said.

The Bike for Peace is part of the regionwide simultaneous activity held to condemn the death of Kieth Absalon, a promising football player of Far Eastern University, who died following a roadside explosion involving an improvised explosive device in his hometown in Masbate City. He was while biking with his cousin on June 6, 2021. The atrocity was claimed by the New People's Army (NPA).

The said activity was organized by various groups of bikers in the province in coordination with groups from other provinces in Western Visayas.

A signing of manifesto condemning Communist Party of the Philippines–NPA-National Democratic Front and candle lighting to call for justice for Absalon were also held.

Aside from biking, they also conducted outreach programs to less fortunate brothers and sisters in identified recipient communities, tree planting and clean-up drives.