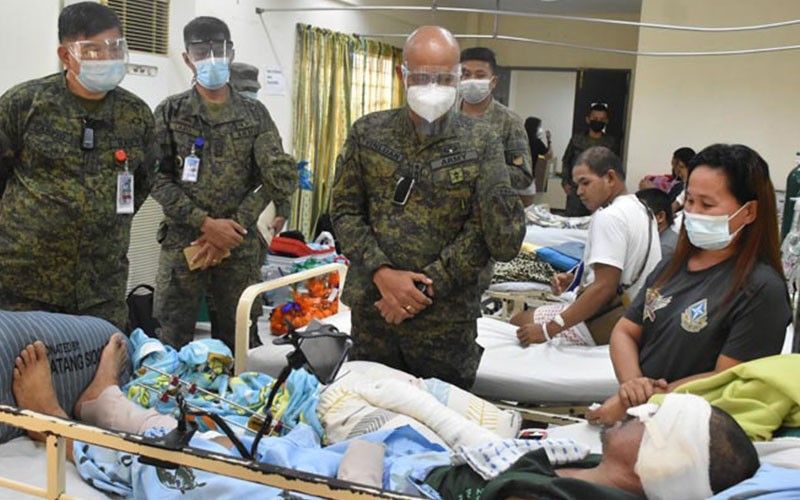 A TOP military official has encouraged the survivors of the July 4 C-130 plane crash, who are recuperating in different local private and government hospitals, to remain strong as they undergo the healing process.

Lieutenant General Corleto Vinluan, Jr., commander of the Western Mindanao Command (Westmincom), made the word of encouragement as he led Friday, July 16, the distribution of bundle of goods the Armed Forces of the Philippines (AFP) Officers’ Ladies Club headed by Edna Sobejana, the better half of the AFP chief-of-staff, to the survivors in the hospitals.

The bundles of goods contain hygiene kits, fruits, biscuits, and other items.

“Be healed and be strong. We are all here to support you in your healing process. Be of good cheer, your comrades-in-arms, our stakeholders, and the entire country are always ready to lend a helping hand. Let us all heal together,” Vinluan told the soldiers.

“Let us continue to pray for the speedy recovery of the plane crash victims who are currently recuperating at the different private and public hospitals,” Vinluan said.

Earlier, Major General William Gonzales, commander of the 11th Infantry Division, assured that they will provide all the support the survivors need.

Gonzales told the soldiers to be patient as eventually, they will be healed, but it will take time. (SunStar Zamboanga)