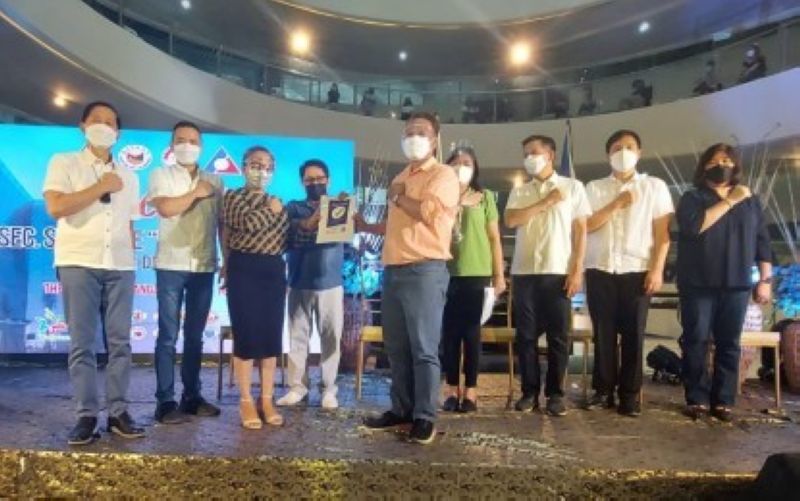 Bello said the awarding is a manifestation of the state’s relentless support for Filipinos who lost their jobs and livelihood amid the Covid-19 pandemic.

“As long as DOLE has the resources to give to our needy workers, we’ll be there to help,” Bello said.

Of the workers who received the payout, 190 are from Pilar, while 410 are from Orion where awarding was made via live streaming.

From Pilar, Bello proceeded to the Bunker City of Balanga where he awarded grants to five projects under the DOLE Integrated Livelihood Program (DILP) and distributed certificates of eligibility for 13 applicants for the program.

To recognize compliance to safety and health protocols in workplaces, Bello also awarded Safety Seals to eight locators in the Freeport Area of Bataan (FAB).

“I hope these recognitions would inspire other locators in FAB to follow health and safety standards to protect their employees in workplaces,” he said.

While in Bunker City where he was greeted by top provincial executives led by Governor Albert Garcia, Bello also visited the National Government Center at the Atrium building where a DOLE office is going to be set up.

Bello also visited a community of lumads in Barangay Nabuklod, Floridablanca, Pampanga to witness the seedling preparation of Tupad beneficiaries.

The beneficiaries are part of Tupad recipients in Pampanga where DOLE released P10 million for the program.