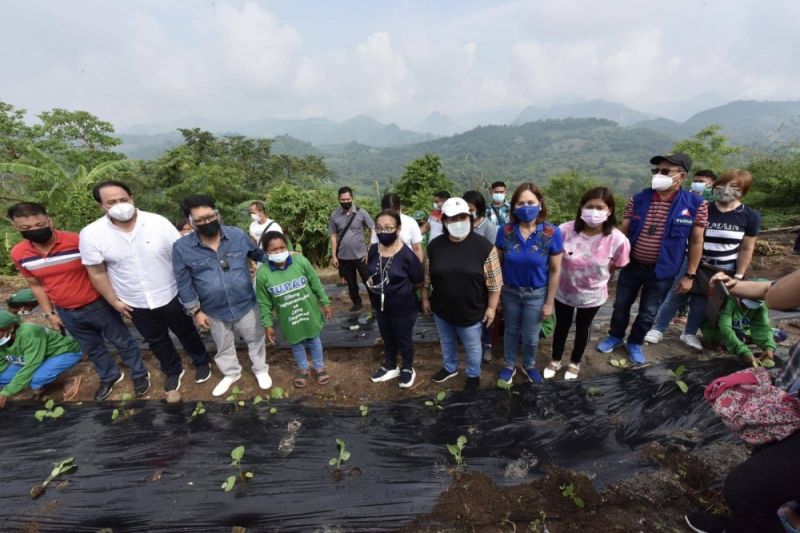 THE Department of Labor and Employment (DOLE), in collaboration with the Provincial Government of Pampanga, recently launched upland vegetable farming to help Aeta communities maintain their food security and livelihood.

The Tupad program will benefit at least 1,200 indigenous peoples (IPs) in the towns of Floridablanca, Porac, and Mabalacat City, according to the DOLE.

With this, Governor Pineda cited the initiative of the vice governor and Arroyo to cultivate the land for vegetable farming for the Aetas, which is a replication of the Season-Long Training on Vegetable Production project for IPs in Floridablanca in 2017.

He said the successful outcome of former governor Pineda's project prompted the Provincial Government to fund projects that provide IPs with income-generating opportunities.

This includes projects like the Fruit-bearing Trees Farming System and Community-based Vegetable Production, which are modeled after the Department of Agriculture's (DA) "Plant, Plant, Plant" program.

Bello, meanwhile, praised the Provincial Government for taking the initiative to provide emergency livelihood assistance to the Aetas and other IPs, one of the marginalized sectors of society.

Tupad is a community-based package of assistance that provides emergency employment for displaced workers, underemployed and seasonal workers, for a minimum period of 10 days, but not to exceed a maximum of 30 days, depending on the nature of work to be performed. (PR)