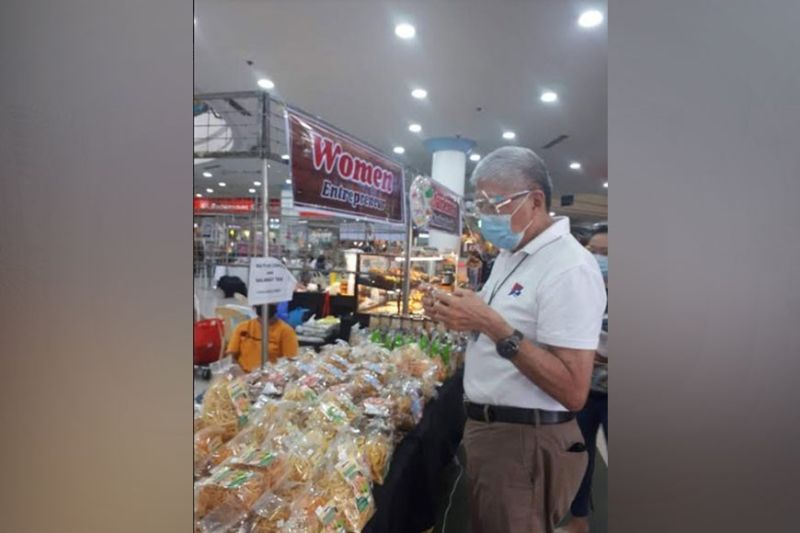 The activity, dubbed "Negros Producers Market," is initiated anew by the Metro Bacolod Chamber of Commerce and Industry (MBCCI) in partnership with the Provincial Government of Negros Occidental.

The MBCCI said the participants include producers under various sectors like food, handicrafts and agriculture, among others, from different localities in Negros Occidental.

The local governments of Sagay, Kabankalan and Bacolod are also showcasing their respective products, it said.

Carbon said previous trade events generated million pesos in revenues for the participating producers. It also created hundreds of jobs and livelihood in various cities and towns in the province.

"We will hold Negros Producers Markets every month so that the purchasing power in the urban areas is shared with the rural communities," he said, adding that "this crisis will not disappear tomorrow or the day after tomorrow thus, we might as well learn how to live with it."

From June 1 to 15 this year, the business chamber and Provincial Government gathered 33 producers at the Ayala Malls Capitol Central.

Participating micro and small enterprises showcased products, including food and beverage, handicrafts, apparel and accessories, among others.

Themed "Seeking Opportunities for a Better Tomorrow," it was a continuation of the Negros Producers Expo held at Robinsons Place Bacolod from April 16 to May 2.

The MBCCI earlier stressed that the endeavor demonstrates to LGUs and concerned national government agencies (NGAs) that it is possible to convert farming communities to agribusiness hubs.

The group believed that if LGUs and NGAs like the Department of Trade and Industry, Department of Agriculture, Department of Science and Technology and Technical Education and Skills Development along with the private sector could come together and work toward this direction, the province can recover quickly and create thousands of new jobs and livelihood.

This could be another engine of growth for Negros Occidental, it added.

Carbon expressed hopes that local government officials like the congressmen and food conglomerates will see the wisdom of such endeavor and adopt the project.

"Hopefully, our farming and fishing communities will eventually be converted into an agribusiness hub and not merely suppliers of raw materials," he said.

The business leader added that the trade events are under the chamber's Project Market that demonstrates how to adapt to the so-called "new normal" and balance the "cost of living" and "standard of living."