Mayor: No reason to celebrate 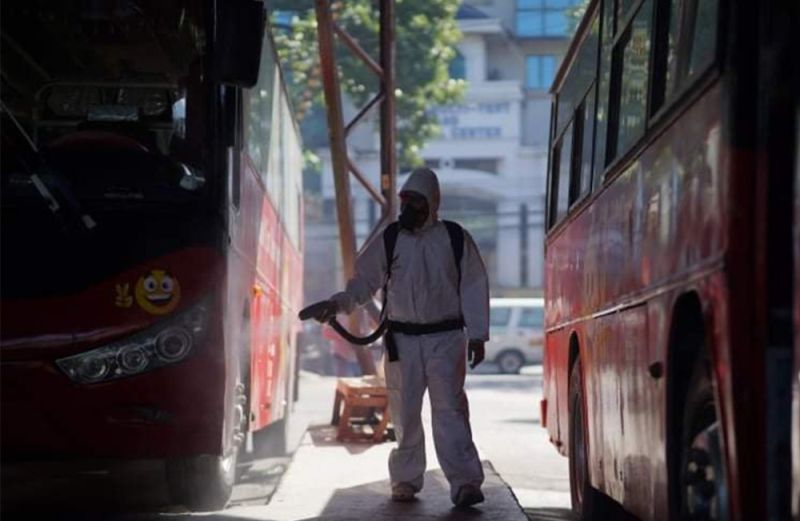 THE continuing downtrend of cases in Davao City is not worth “celebrating,” Mayor Sara Duterte-Carpio said on Monday, July 19, 2021.

Duterte-Carpio said in a radio interview that she saw a decline in the current active cases, but this does not manifest that the city's Covid-19 situation is improving.

"Sa atoang (On our) new cases, we see a decline but we really cannot say that we are in the clear of this curve and this is a surge and usually ang surge musaka (ug) mubaba na siya (it goes up and down) but it will come again," the mayor said in an interview on 87.5 FM Davao City Disaster Radio.

She added, "So there is no reason para magmalipayon ta na mubaba ang surge (for us to celebrate with the downtrend of the surge) because we have experienced and nakita nato (we saw) from the trend last year na (that) another surge will definitely come."

According to the Department of Health (DOH) data as of July 18, Davao City has a total of 28,499 confirmed Covid-19 cases, wherein 2,450 are active cases. This is more than 50 percent down from the 5,000 active cases the city recorded in late June this year.

Recoveries reached 25,081 after logging 186 new recoveries, and 968 succumbed to the virus.

Duterte-Carpio said there are several factors on the continuing downtrend of active cases.

"Ang pagbaba sa atong cases daghan na siya og factors (The lowering of our cases has a lot of factors), some of the factors dinha (there) is that there is delay in the confirmation or clearing," she said.

City Health Office (CHO) Acting Head Dr. Ashley Lopez recently revealed in a separate radio interview that their office is currently validating the city's Covid-19 case data after discovering that half of the current active cases have already recovered.

The DOH reported on Friday, July 16, that the country has logged 16 cases of the highly contagious Delta variant (B.1.617.2). Out of the 16, 11 are reported local cases, or those who had no travel history outside the country.

Of the 11 local cases, Vergeire said six are part of a large cluster of Covid-19 cases in Northern Mindanao, with onset dates of June 23 to 28. All have been tagged as recovered.

Amid the emergence of the Delta variant, which is reported to be more contagious, Duterte-Carpio said there won't be special preparations or measures, as the same minimum public health standards would still apply.

"Ang angay na mangandam (Those who should prepare) for a surge of Delta variant kind are our hospitals. And ang atong contribution ana para matabangan ang (And our contribution to help our) hospitals is to ensure na (that) we practice the minimum public health standards when we go out of our houses," she said.

The EO requires tourists coming from outside Davao Region visiting Davao City via land travel to present negative results of their reverse transcription-polymerase chain reaction (RT-PCR) tests before they will be allowed entry at the border checkpoint in Marilog District.

Duterte-Carpio also said the city is not keen on imposing a travel ban from Davao City to Cagayan de Oro City, the highly urbanized city in Northern Mindanao.

"As I said, dili man makita ang tao na (we cannot detect if the person is) asymptomatic, dili (because it is not) visible to the naked eye ang (the) Covid-19 virus, and dili ka mahibalo kung unsang klase na variant na siya kung positive man siya (we cannot also detect what type of variant that infected a positive person)," she said.

Dr. Rachel Joy Pasion, Regional Epidemiology Surveillance Unit Head of DOH-Davao, told Dabawenyos to be prepared following the detection of the variants of concern in the neighboring provinces.

Pasion also confirmed that there are still zero Delta variant case in the entire Davao Region.