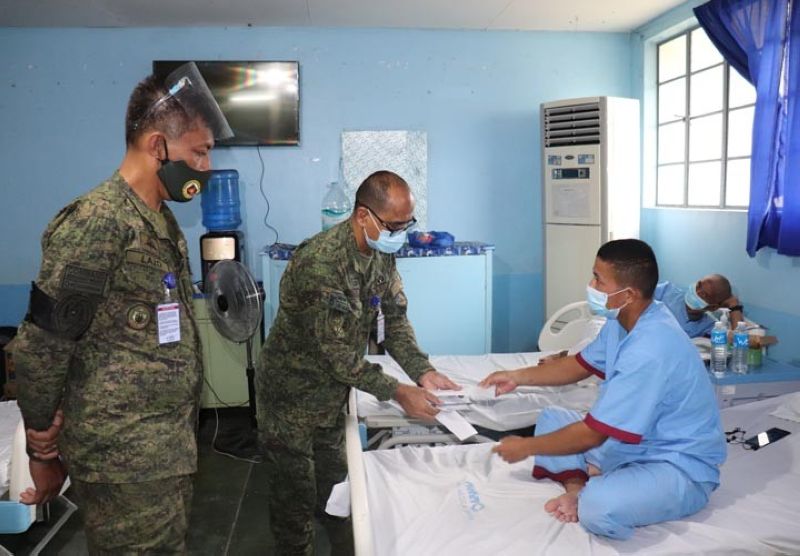 GOVERNOR Claude Bautista of Davao Occidental has sent cash gifts to soldiers who survived the July 4 C-30 plane crash in Patikul, Sulu and are recuperating in different local hospitals.

Bautista said the cash assistance was given to boost the morale of the soldiers who are fighting the physical and emotional pain brought about by the tragic incident.

Fifty soldiers and three civilians died, while 49 others were injured when the C-130 Hercules plane with tail number 5125 crashed on July 4 in Bangkal village, Patikul.

"Again, we are very grateful for the overwhelming support we, most especially the victims of the air mishap, get from the different private and public agencies and sectors," said Lieutenant General Corleto Vinluan Jr., commander of Westmincom.

"We seek for continuous prayers for the eternal repose of the souls of our fallen comrades, for strength for their bereaved families, and for the fast recovery of those who are still at the hospitals right now," Vinluan added. (SunStar Zamboanga)