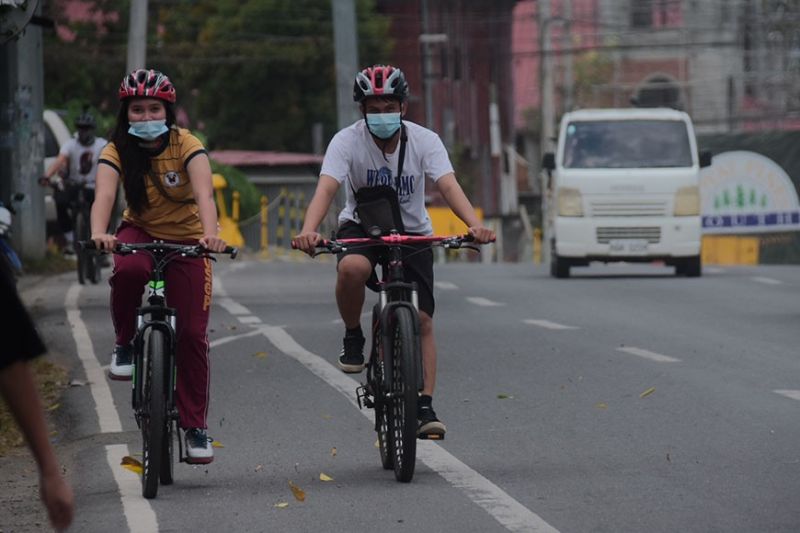 THE 54.71-kilometer Metro Davao Bike Lane Network, which aims to provide a safe lane for bikers and promote biking in Davao City, was formally inaugurated on Tuesday, July 20, 2021.

Funded by the Bayanihan to Recover as One Act of 2020 (Republic Act 11494), the project aims to connect Davao City’s key activity areas through “enhancing their accessibility and providing the most vulnerable road users with safe transport infrastructure.”

The bike lane features white and green pavement markings, signage, bollards, bike symbols, and concrete delineators to ensure the bikers’ safety. It is also equipped with solar studs and bike racks for the comfort and convenience of bikers.

“When the pandemic struck early last year and has brought about unprecedented circumstances in the country including the transport sector, we were challenged to rethink and reform our transportation system that is adaptive to the new normal and fitting to the mobility needs of the public amid the Covid-19 pandemic,” Pastor said during the virtual inauguration of the Metro Davao Bikelanes.

Villar said in his video message that the special lane will provide a "worry-free" commute for bikers, especially along busy highways in the city.

"Before, cyclists would put their lives at risk everyday by sharing the road with larger, faster vehicles, without the safety of a dedicated bicycle lane," the DPWH head said.

Tugade, meanwhile, encouraged Dabawenyos to be responsible, disciplined, and show courtesy when using the bike lanes in order to protect bikers against aggressive drivers and reduce road accidents.

Duterte-Carpio, in a video message, said that the Metro Davao Bike Lane project will contribute in decongesting traffic and reduce carbon emission in the city.

“By providing Dabawenyos with bicycle lanes, they are able to safely maximize usage of their bicycles whether as a mode of transportation for work or business or as a means for exercise and leisure activities,” the mayor said.

She added the promotion of active transportation, such as biking, is a key mechanism in the fulfillment of the city’s sustainability and renewability goals.

The creation of the bike lanes is in accordance with the order of the Department of the Interior and Local Government (DILG) urging all local government units to establish bicycle lanes in all local roads to support those who will bike to their work destination due to the reduced capacity of public transportation under the general community quarantine.

Meanwhile, the 19th City Council is currently harmonizing some provisions of the city Bicycle Ordinance and the Traffic Code of Davao.