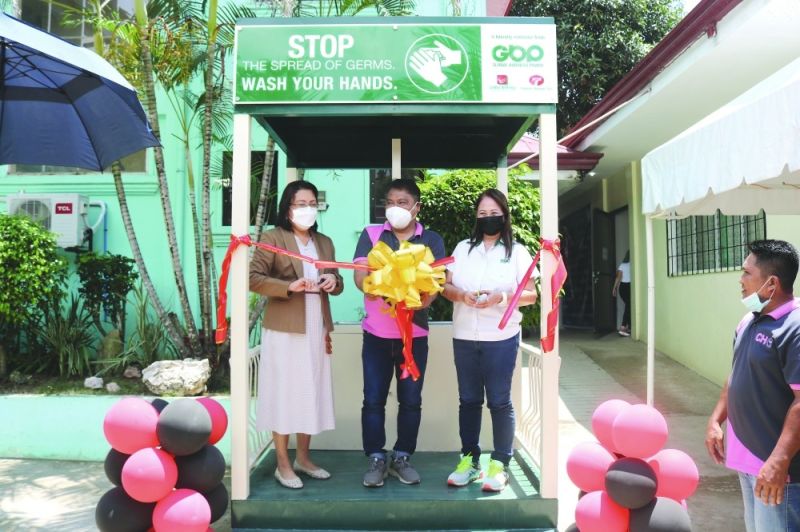 AS PART of Global Business Power Corp.’s (GBP) initiatives in boosting the pandemic response of its surrounding communities, the leading independent power producer donated handwashing stations for the benefit of various barangays in Toledo City, Cebu.

Recently, four more double and five single handwashing stations were distributed by the power generation company to barangays Cambang-ug and Dumlog, the Toledo City General Hospital and City Health Office, Toledo City Police Station, and to the local public market and terminal. Each handwashing station contains a working faucet, sink, and a holder for hygiene items such as soap.

“We at GBP recognize the importance of proper handwashing as a simple yet highly effective way when it comes to the prevention of various diseases, most especially Covid-19. Through these handwashing stations, we hope to help in strengthening the local government’s pandemic response and in curbing the spread of the virus in Toledo,” said GBP president Jaime T. Azurin.

GBP’s donated handwashing stations are strategically placed in areas with high foot traffic, where people have a higher risk of contracting the Covid-19 virus.

This donation was conceptualized by the company as part of its Social Development Program (SDP), which began in 2014 as simple yet high-impact infrastructure projects that are tailored to address the unique needs of its communities.

As a member of the One Meralco Group, GBP unites in powering the good life of the Filipino by partnering with the government in its Covid-19 response.

GBP, with a total gross capacity of 1,091 MW, has diversified power generation facilities that are capable of supplying base, intermediate, peak load, and ancillary support.