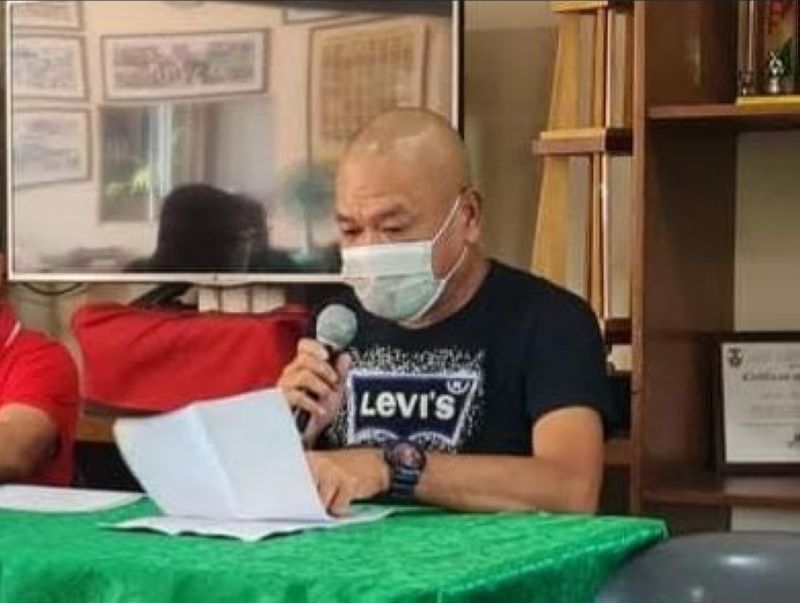 A FORMER official of the Central Negros Electric Cooperative (Ceneco) has urged the power distribution utility to increase its renewable energy (RE) portfolio by up to 20 percent more.

Roy Cordova, former president of Ceneco, said it is high time that RE sources like solar, hydro, wind and biomass, among others, should be utilized by Ceneco.

In a letter to Ceneco’s Third Party Bids and Awards Committee (TPBAC) chairman Engineer Norman Pollentes dated last July 7, Cordova said the Renewable Portfolio Standards (RPS) policy of the Department of Energy (DOE) mandates all utilities to increase the use of RE by one percent per year beginning 2020 until 2030.

“Meeting the RPS requires diligent planning to ensure that cost-effective and reliable resources are identified and procured,” he said, adding that "given the abundance of green energy sources in the province, we are asking if the RE share be increased to 20 percent of the total requirement of Ceneco starting 2022."

The power distribution utility caters to the largest number of electric consumers in the province, including cities of Bacolod, Bago, Talisay and Silay, and towns of Murcia and Salvador Benedicto.

In May this year, the power distribution utility accepted the earlier offer of Kepco Salcon Power Corp. (KSPC) for a one-year extension of their power contract ending May 2021.

Other existing power sales contracts of Ceneco included the 20 MW from Green Core Geothermal Inc. in Negros Oriental until 2025, and 35 MW from Palm Concepcion Power Corp. in Iloilo also expiring in 2025.

Cordova recalled that in 2019, prior to the competitive selection process (CSP) conducted by the cooperative for its 20 MW supply, he sponsored Resolution 12536 stating that “the utilization of renewable energy should be within the Ceneco franchise area with reliable electric service and least cost electricity power rate offer to its member-consumer-owners pursuant to CSP.”

The resolution, he said, means that the cooperative has to start bidding for a power supply coming from RE sources which is also provided under Republic Act 9513 or the Renewable Energy Act of 2008.

Cordova said the subject Board resolution was passed in lieu of a letter received by the Office of the Board of Directors from the officer-in-charge of the Corporate Planning Department dated September 2019 endorsing the Policy Direction and Board Guidelines for RPS and CSP.

“Relative to this, the TPBAC is respectfully asked that Department Circular 2017-0015 promulgating the rules and guidelines governing the establishment of the RPS for on-grid areas shall be implemented,” the letter stated.

It added that "also, the CSP be undertaken pursuant to National Electrification Administration (NEA) and DOE implementing rules and regulations in the procurement of power supply particularly for the renewable source of energy to be utilized by Ceneco member-consumers."

Cordova also expressed hopes that his request made as a consumer be given consideration “as early as possible so that starting January 2022, RE will be developed and utilized for the conservation of our environment.”

It can be recalled that Ceneco acting manager and project supervisor lawyer Dan Pondevilla said that they may negotiate with KSPC to shorten its 20-MW extended power sales contract, from one year to six months, so it can shift to RE source.

Pondevilla said the Board has already sought the guidance of the DOE if it has the power to evaluate the bids of generation utilities participating in the CSP.

Pondevilla was referring to the P3.29 per kilowatt-hour (kWh) offer of KSPC, which turned out to be the lowest calculated bid, compared to the P3.31 per kWh bid of geothermal power producer Energy Development Corp. (EDC).

"If the DOE says the board has the power to evaluate and choose directly between the offer of KSPC and EDC, we will try to negotiate to shorten the extended contract possibly for six months and opt for the latter's bid," he said, adding that "if not, we will consume the one year and enter a new contract in 2022 with RE power source good for 10 years."

Amid various concerns raised, including alleged overpricing, among others, what concerns Pondevilla more is for the Board to be allowed to evaluate the bids so the cooperative can contract power supply from RE sources.

He pointed out the P0.02 price difference in the offer of KSPC and EDC cannot outweigh the impact on the environment when choosing RE over conventional power sources like coal.

"It should be lowest and responsive bid, not just lowest," the acting general manager said, stressing that choosing the P3.31 per kWh offer of the EDC is actually responsive to the call on making Negros as RE capital of the country and in compliance to the cooperative's RPS.

But for Cordova, if the management is really keen on pushing for RE, they must implement the resolution passed two years ago.

He also suggested that Ceneco should conduct bidding exclusively for RE generation utilities like that for the 24-MW contract with KSPC that will expire next year.

The former Ceneco official said the process, which will still be based on RPS and through CSP, will ensure that the winning power supplier is an RE generator and not conventional like coal.

"It is allowed by the DOE," Cordova said, stressing that RE might be expensive at first due to higher capital but in the long run, the price will be competitive as it has no fuel cost.