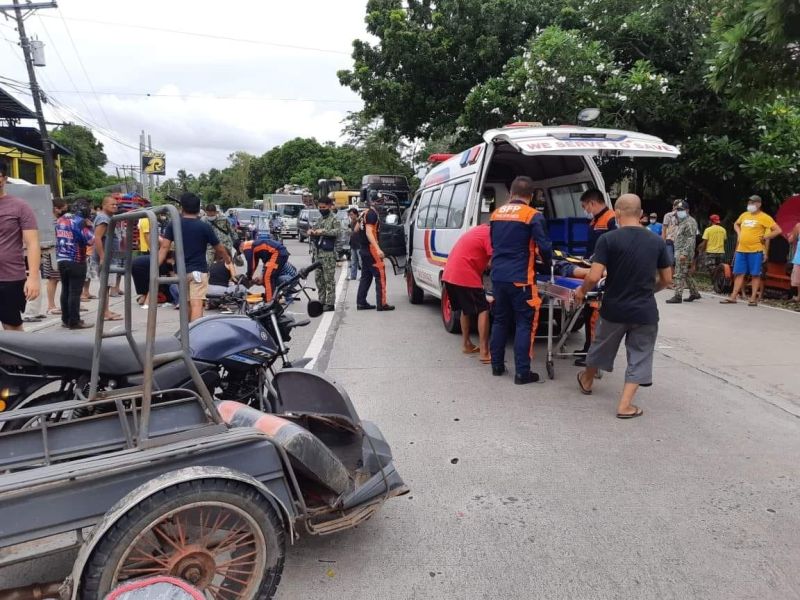 NEGROS. Rescuers attend to the victims who figured in an accident after avoiding a stray dog along the highway of Barangay Poblacion in San Enrique town, Negros Occidental over the weekend. (San Enrique Police photo)

A MAN who worked in a bakery shop died, while his wife was seriously injured after the tricycle they were riding hit a truck along the highway of Barangay Poblacion in San Enrique town, Negros Occidental over the weekend.

Police investigation revealed that Cañete avoided a stray dog, so his tricycle went to the other lane.

An approaching truck driven by Arturo Bayona, 45, of Talisay City, Negros Occidental, collided with the tricycle.

Due to the strong impact, the victims were thrown away from the vehicle. Both sustained injuries.

Cañete was declared dead on arrival at the hospital, while his wife is still under observation.

The truck driver may face charges for reckless imprudence resulting in homicide and serious physical injuries.