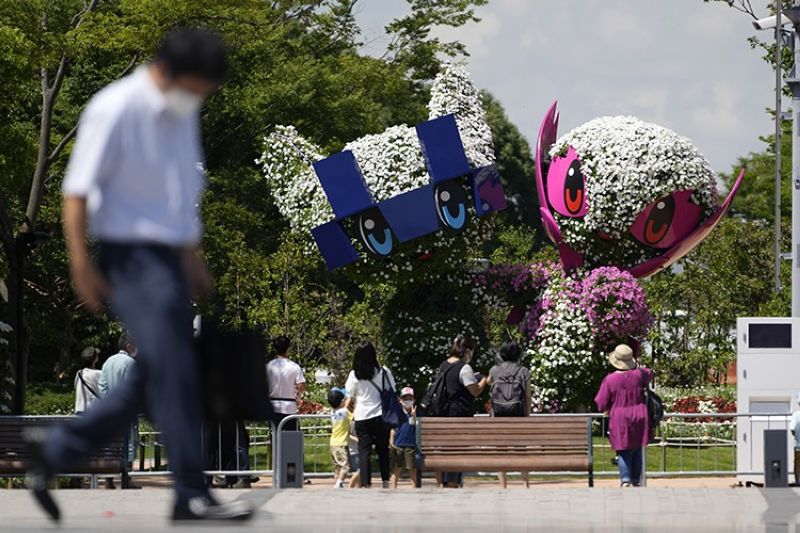 TOKYO — The Latest on the Tokyo Olympics, which are taking place under heavy restrictions after a year's delay because of the coronavirus pandemic:

The head of the World Health Organization says the Tokyo Olympics should not be judged by how many Covid-19 cases arise because eliminating risk is impossible.

WHO director general Tedros Adhanom Ghebreyesus told an International Olympic Committee meeting that how infections are handled is what matters most.

“The mark of success is making sure that any cases are identified, isolated, traced and cared for as quickly as possible and onward transmission is interrupted,” he said.

The number of Games-linked Covid-19 cases in Japan this month was 79 on Wednesday, with more international athletes testing positive at home and unable to travel.

Teammates classed as close contacts of infected athletes can continue training and preparing for events under a regime of isolation and extra monitoring.

Host Japan is off to a winning start as the Tokyo Olympics get underway, beating Australia 8-1 Wednesday in softball behind 39-year-old pitcher Yukiko Ueno, who won the 2008 gold medal game against the United States.

The game was played in a nearly empty stadium. Fans were barred because of the coronavirus pandemic. Many in Japan have questioned whether the Olympics should take place at all with low levels of vaccination in the nation.

Ueno allowed two hits over 4 1/3 innings and struck out seven, throwing 85 pitches for the win.

Minori Naito and Saki Yamazaki hit two-run homers off loser Kaia Parnaby. Yu Yamamoto, who had three RBIs, added a two-run drive against Tarni Stepto in the fifth that ended the game under a rout rule.

Japan is defending softball gold medalist after upsetting the U.S. in the 2008 final. Softball and baseball were dropped for 2012 and 2016 and restored for these Olympics. They already have been dropped for the 2024 Paris Games but are likely to be restored for 2028 in Los Angeles. (AP)