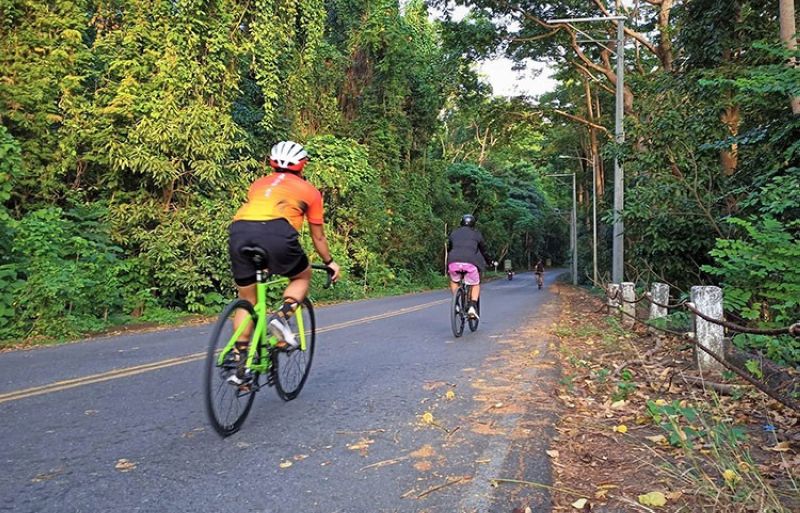 THE Subic Bay Metropolitan Authority (SBMA) has prohibited bikers from using the New Container Terminal (NCT) road in a move to maintain safety at the thoroughfare used mainly by cargo trucks.

SBMA Chairman and Administrator Wilma Eisma announced this policy following consultation with cycling groups in the Subic Bay Freeport area and the formulation of guidelines covering biking activities in the Freeport.

“We regret to inform bikers that the NCT Road is now off limits to bikers because we have to place a premium on the safety of all—whether they are bikers, truckers, or ordinary motorists,” Eisma said.

“We know that it has become a favorite place among bikers because the road is good and the route is scenic, but we have to set rules to prevent untoward incidents,” she added, referring to an accident during an illegal race at the NCT Road last month.

The NCT Road, which stretches northeast of the Subic Bay International Airport, was closed to bikers since June 19 when an illegal race organized by some bikers from Olongapo City resulted in a spill involving several bikers as they converged on one lane to overtake a cargo truck. A 14-year-old biker was among those reportedly injured.

Eisma said that bikers may instead use the San Bernardino Road that starts at the junction of the Argonaut Highway and Corregidor Road and loops around the airport area.

“That area southwest of the airport, from the Acea Subic Beach Resort until the All Hands Beach Resort, is as scenic but not as busy,” she said.

The allowed route, however, stops short of the New Container Terminal (NCT) and bikers must turn back to exit at the same entry point.

The SBMA has imposed a fine of P2,000 for cyclists violating the ban at the NCT Road, Eisma said.

At the same time, the SBMA issued guidelines for safe biking in the Freeport. These rules, which took effect on July 14, include ID checks at Freeport gates upon entry, use of safety gears and lights, maintenance of safe distance, road courtesy and traffic rules, and observance of health and safety protocols at all times.

The guidelines specifically disallowed racing and also prohibited crowding at bike stops, as well as littering.

On the other hand, Eisma said that should bikers like to organize cycling events in the Freeport, the SBMA would require them to submit a proposal at least six months before the scheduled event, which would also be subject to IATF approval.

Meanwhile, volunteer marshals from local cycling groups would help monitor and enforce the biking rules. The marshals would be in direct contact with the SBMA Law Enforcement Department for effective monitoring and response, Eisma added.