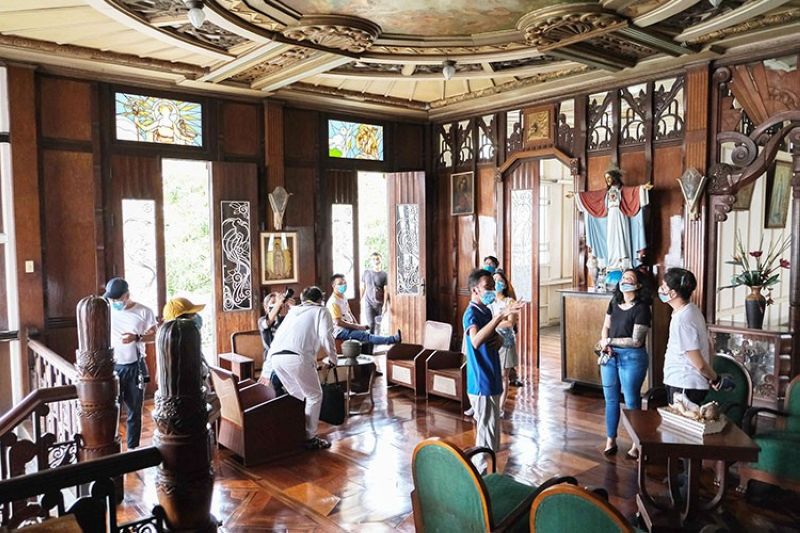 WITH travel restrictions slowly being relaxed and vaccination roll-out ramping up, people are starting to make travel plans again.

To showcase travel destinations and cultural highlights in the north, NLEX Corporation recently launched the first leg of its NLEX Lakbay Norte program. This first run was held in historic Bulacan, in cooperation with the Provincial History, Arts, Culture, and Tourism Office (Phacto).

NLEX Lakbay Norte is an annual media familiarization tour that aims to promote and accelerate tourism development in the northern part of the country. As the main gateway to the progressive north, the NLEX-SCTEX expressways provide the safest, most comfortable and efficient way to access the areas like Bulacan.

“This edition of NLEX Lakbay Norte not only intends to encourage people to drive to the north, but also to help economic recovery. Tourist destinations have been adversely affected by the pandemic and this is our way of safely boosting tourism in these regions, and inspiring motorists to journey north through NLEX-SCTEX,” said NLEX Corporation President and General Manager J. Luigi Bautista.

Now on its 10th year, the program once again gathered select members of the media, this time for a day tour in Bulacan. Having a total of 24 cities and municipalities, Bulacan is home to numerous churches and heritage sites. The province also has an abundance of shrines and ancestral houses.

Easily reached by car in under one hour from Metro Manila, Bulacan makes the perfect destination for a quick getaway, with a combination of historical sites and opportunities for adventure.

Starting off the tour was a safety briefing given by NLEX patrol crews, where participants were given information on the tollway company’s 24/7 operations, implementation of traffic rules and regulations, and compliance with the health and safety protocols mandated by the Inter-Agency Task Force (IATF) and other relevant government agencies.

NLEX Lakbay Norte participants were then toured around the Hiyas ng Bulacan Museum, which houses valuable relics, mementos, articles, documents and handicrafts of the Philippine Revolution; and explored the historic Barasoain Church in Malolos, as well as the Casa Real Shrine.

The group also visited the Malolos Historic Town Center, also called the Camestisuhan or Pariancillo District, which is a long stretch of Spanish and American-era houses and government structures.

They then went to the municipality of Bulakan, the location of another historical site -- the Marcelo H. del Pilar Shrine. There was also a visit to the Nuestra Senora dela Asuncion Church, a 19th century Neo-Byzantine-Romanesque stone church.

The group also enjoyed sumptuous meals at local restaurants in the City of Malolos-Kalye Mabini in Mojon, with its unique fusion of European and Filipino cuisine, and Casie’s Restaurant in Dakila which offers Italian-American dishes.

“This trip made me realize that I'm still a stranger to my own province. Who would've thought little jaunts close to home can be this much fun and enriching? I look forward to exploring my beloved province more through safe and convenient trips via NLEX,” said Kaye Mendez of La Bulakenya.

For Dennis Esplana of The Pinoy Traveler, “NLEX Lakbay Norte featuring Bulacan was a fun filled travel adventure. The tour was excellent and provided a real insight of the province and its history.”

“The trip was fun, enjoyable, and informative. I felt safe to explore the beautiful town of Malolos and nearby places because of the strict protocols that were put in place. Bulacan is such a delightful destination, which reminded me of how big a role the province and its people had played in the country's rich history,” said Inquirer’s Kenneth Del Rosario.

With the success of this year’s first leg of NLEX Lakbay Norte, the tollway company hopes to help the tourism industry, and help travelers once again satisfy their wanderlust, one trip at a time. (PR)