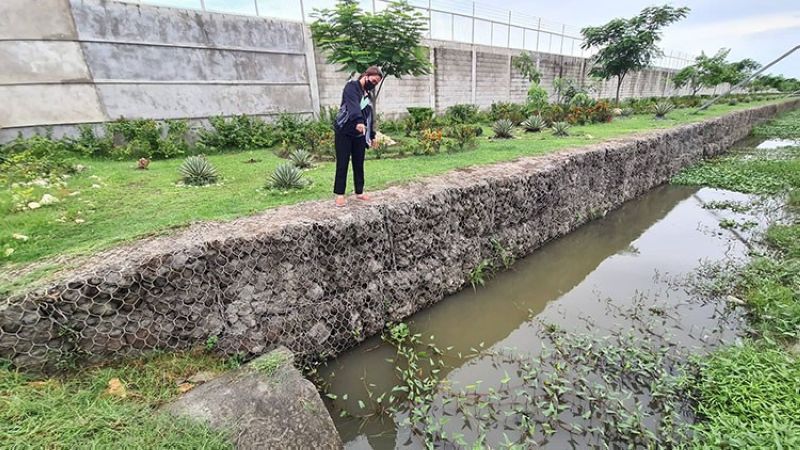 A STEEL manufacturing plant in San Simon, Pampanga has extended its monthly corporate-social responsibility into helping ease the flooding in its surrounding community.

Real Steel Corporation (RSC), which is located along Quezon Road in San Simon, has implemented several flood-mitigating efforts such as rehabilitation of the drainage system constructed by the Department of Public Works and Highways in front of its compound.

"The old tosang became bottle necks of floodwaters because they are smaller compared to the size of the drainage system so we decided to install a bigger one," she said.

Aside from the rehabilitation of the drainage system, the steel plant also planted several plants and trees along the structure to further minimize flooding.

"We've started this flood-mitigating efforts as early as last year and so far, we are slowly reaping the fruits. Now that we are at the onset of rainy season, we hope that it will make a big difference," Arellano said.

Arellano also expressed hope that fellow manufacturing plants along Quezon Road will emulate the drainage system the RSC has started.

"We can continue to rehabilitate and develop the drainage system in our area but it will not be fully functional unless our neighboring establishments make their part," she said.

Arellano likewise asked for the support of Acting Mayor Leonora Wong in the call to unify manufacturing plants in constructing anti-flood measures in their area.

"This is the least we can do for the community of Barangays Sta. Monica and San Isidro that has been hosting our businesses. We are already dreading the effects of pandemic and I don't think they deserve more worries and inconvenience," she said.

Meanwhile, Neri De Leon, on the residents who recently complained about the stagnant flooding in their area, expressed gratitude to RSC management for their initiative.

"So far, we can see the water flowing unlike before that it is only stagnant and even aggravated by continuous rains. We are calling on other plants in Quezon Road to please do their part so our houses will not be submerged in floodwaters," he said.