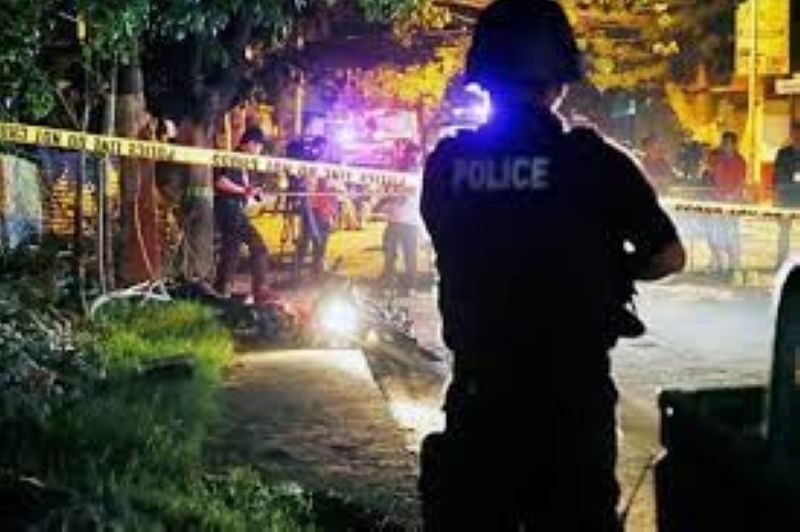 GOVERNMENT has eradicated large-scale illegal drugs manufacturing, cleared half of the barangays nationwide of illegal drugs and brought down crime by neutralizing drug suspects.

These are among the gains from the drug war waged by the Duterte administration in the last five years from July 1, 2016 to May 31, 2021, Department of the Interior and Local Government (DILG) Secretary Eduardo Año reported during a pre-State of the Nation Address Forum of the Security, Peace, and Justice Cluster.

He said the volume of drug surrenders “is a feat that has never been seen in the country's history.”

Data from the Philippine Drug Enforcement Agency (PDEA) also showed that 22,093, or 52.55 percent, of the 42,045 barangays (villages) in the country had been declared cleared from illegal drugs.

The biggest chunk was shabu, with an estimated street value of P49.31 billion.

A total of 807 drug dens and clandestine laboratories have been dismantled over the past five years of the drug war.

The Philippine National Police (PNP) and Philippine Drug Enforcement Agency (PDEA) said big-time illegal drugs manufacturing is already a thing of the past in the country.

Authorities conducted a total of 203,715 anti-illegal drugs operations, which resulted in the arrest of 293,841 persons and killing of 6,147 others.

Of those arrested, 300 are foreign nationals, 3,516 were on the target list, 782 drug group leaders or members, 72 armed group members, 1,231 drug den caretakers, 263 wanted persons and 22 celebrities or PRC license holders.

There were also 5,191 drug suspects arrested during high-impact operations where a huge volume of illegal drugs were seized.

The drug war also proved that children are being used in the illegal drugs trade as 3,763 minors as young as four years old were rescued during the said operations.

PNP Chief Guillermo Eleazar said with the neutralization of drug addicts and peddlers, the presence of criminals has significantly decreased.

He said that problems on illegal drugs and criminality are directly related with each other as those behind crimes are more likely under the influence of illegal drugs.

He said this is evident in the 60 percent drop on index crimes which includes murder, homicide, robbery and rape, among others, in the past five years of the administration.

In the 2020 Gallup Global Law and Order Report, eight out of 10 Filipinos believe that they are safe and secured because of the dramatic decrease in crime volume in the country.

The Philippines was listed among the top 50 countries with efficient peace and order campaign schemes, along with Australia, New Zealand, Poland and Serbia.

Año said the continuous augmentation of police forces in communities and procurement of equipment likewise contributed to the dwindling crime rate and in realizing the ideal ratio of one police officer for 500 citizens.

The government’s aggressive fight against illegal drugs includes the implementation of the infamous and highly criticized Oplan Tokhang of the PNP.

Duterte stopped the PNP twice in 2017 from taking part in illegal drugs operations.

The first was in January 2017, when several police officers, including high-ranking officials were involved in the murder of South Korean businessman Jee Ick-joo inside Camp Crame.

The second was in October 2017 when several policemen were implicated in the execution of 17-year-old Kian Loyd delos Santos and 19-year-old Karl Angelo Arnaiz in Caloocan City. Police claimed the boys resisted arrest.

These incidents prompted the relaunch of the Senate investigation on alleged extra-judicial killings in relation to the drug war.

Police Officer (PO) 3 Arnel Oares, PO 1 Jeremias Pereda, and PO 1 Jerwin Cruz were convicted of murdering Delos Santos and sentenced to reclusion perpetua, or imprisonment for 20 to 40 years, without the eligibility for parole.

PO 1 Jeffrey Perez and PO1 Ricky Arquilita, on the other hand, were ordered arrested and charged with murder, torture, planting of drug evidence and planting of firearms evidence over the killing of Arnaiz.

Eleazar said the government’s war on drugs has not bestowed the police with any power or privileges as it was part of the police organization’s mandate.

“I would like to point out that the PNP and other enforcers of the war on drugs were never bestowed any privilege as the study claimed. The campaign against illegal drugs is part of our mandate to carry out just as it is our duty to act against and prevent other crimes,” he said.

He was responding to the findings of former Education secretary Edilberto de Jesus in a paper that claimed that “privileges given to cops gave rise to corruption and abuse of power.”

“In President Rodrigo Roa Duterte’s war on drugs, law enforcement is just part of the equation in coming up with a solution to put a stop to the narcotics trade. This is a whole-of-nation approach that seeks to not only address illegal drugs as a peace and order problem but also as a health and social concern,” he added.

Since 2017, a total of 17,142 erring cops were subjected to disciplinary actions and sanctions.

The figure includes 906 police officers who were dismissed from the service. Some of them were due to their involvement in illegal drugs and the irregularities in the conduct of illegal drugs operations.

On June 14, 2021, the International Criminal Court (ICC) prosecutor Fatou Bensouda, sought approval for the conduct of an official investigation into the alleged crimes against humanity in the Philippines in relation to the administration’s drug war.

Malacañang, however, has reiterated that the government will not participate in the investigation of the ICC. It described Bensouda’s request as “legally erroneous and politically motivated.”

In the latest Global Finance’s list of World’s Safest Countries released on July 8, 2021, the Philippines was tagged as the least safe among 134 other countries due to military conflict and crime risks.

On March 7, nine people, mostly members of the alleged left-leaning groups were killed while 15 were arrested and four eluded arrest, during the simultaneous service of search warrants against loose firearms and explosives conducted in the Calabarzon (Cavite, Laguna, Batangas, Rizal, Quezon) region.

This came after Duterte’s order to police and military units on March 5, 2021 to “kill” communist rebels and “ignore human rights.”

Militant groups rejected the claim of the police that the nine killed had resisted arrest.

Eleazar said the government is continuously working to improve the safety and security situation in the country with a special focus on the campaign against illegal drugs based on the experience that most crimes, particularly the heinous kind, are rooted on illegal drugs.

Amid the challenges, PDEA Director General Wilkins Villanueva said they will continue to fight against illegal drugs and hopefully end it before Duterte’s term ends in 2022. (SunStar Philippines)