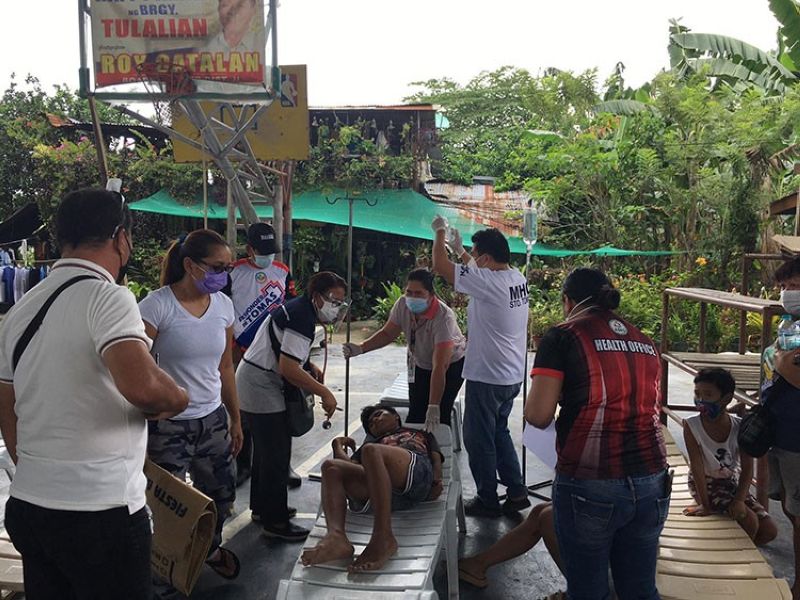 THE Municipal Government of Sto. Tomas, Davao del Norte confirmed that several water sources in Barangay Tulalian, where the diarrhea outbreak happened, are contaminated with the E. coli bacteria.

In a press release on Thursday, July 22, 2021, the Municipal Health Office (MHO) said they found E. coli bacteria in the barangay's water system, which is run by Tulalian Water Association (Tuwasa), a private water service provider in the barangay.

E.coli or coliform is bacteria associated with human or animal wastes.

The rectal swab was done last July 16 and the result was released by the Provincial Health Office (PHO)-Davao del Norte’s Microbiology Section on Wednesday evening of July 21.

Lim said laboratory results confirmed that the diarrhea was due to amoebiasis, acute gastroenteritis secondary to E. coli infection and intestinal parasitism.

Aside from Tuwasa, the Municipal Government said the water source from a water pump in Purok 1, Barangay Tulalian and Longakit Refilling Stations’ water stock were also found to be contaminated with the E.coli bacteria, a strain that causes diarrhea/bloody diarrhea, vomiting and stomach pains and cramps.

According to Lim, the MHO had examined the various water sources and stock in Barangay Tulalian last week.

The health official added that they took samples and submitted these to PHO’s Water Bacteriology laboratory for comprehensive analysis.

Tests made by the PHO showed the presence of E. coli in three of nine water systems/stocks in the barangay.

Municipal Information Officer Mart Sambalud told the media in an online message that the Sangguniang Bayan will conduct a legislative inquiry about the diarrhea outbreak.

"The August body will determine the liability of Tuwasa after the probe," Sambalud said.

On July 17, the Sto. Tomas Municipal Government declared a diarrhea outbreak in Tulalian.

Total number of affected persons as of July 19 was 440, while three others died after losing too much body fluids due to diarrhea.

Meanwhile, three of those affected by the diarrhea outbreak also tested positive for Covid-19.