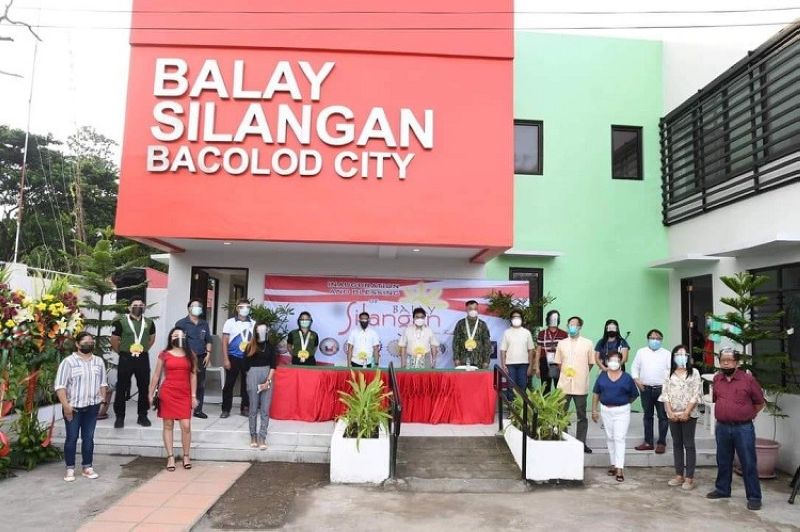 “I am so glad that we have this kind of facility because it is badly needed. This is all about reformation and giving second chances to drug offenders,” Leonardia said.

In 2018, PDEA chose Bacolod City as one of the pilot sites of the Balay Silangan Reformation Program in the country.

“It is a great thing that it happened here in Bacolod—being a pilot city again. There are only four pilot areas for this project: Nueva Ecija for Luzon, Caloocan City for National Capital Region (NCR), Malungon (in Sarangani Province) for Mindanao, and Bacolod City for the Visayas,” Leonardia said.

The P5-million two-story facility, a drug reformation center, will be operated by the city government and the PDEA.

Project Engineer Amy Tentia said the fund was taken from the City Mayor’s Office- Other Structures 2018. Construction started on March 28, 2019 and was completed on March 20, 2020.

The rehabilitation center will cater to drug surrenderers with severe substance use disorder.

“Now our city has the facilities that can help our anti-illegal drugs program, and that we have a solid contribution to the program. We hope that our campaign will be successful,” Leonardia said.